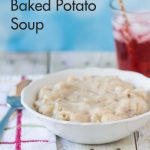 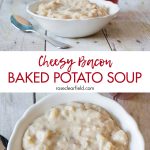 I know that we’re officially into spring now. But in the Midwest, we’ve still got plenty of cold spring days left that call for big bowls of steaming soup. You have lots of time to get another soup into the dinner rotation before you’re ready to switch to warmer weather recipes.

I am all about quick dinner recipes and don’t make a lot of dishes that require multiple pans and more than an hour of prep. I know baking the potatoes adds an extra step and more time. But I promise it’s about the easiest extra step imaginable for a dinner recipe. If you do weekly meal prep, bake your potatoes during this prep period. You’ll get so much else done while they’re cooking. If you don’t, just get them baked any time within a day or two of when you plan to make the soup. The time frame is completely flexible. You can also bake a few extra potatoes to use as a side with another dinner, part of a weekend breakfast, etc.

The rest of the prep is really straightforward. Usually, I get the potatoes peeled and chopped and the onion chopped, and then I start the roux for the soup.

Cheesy bacon baked potato soup reheats perfectly. (I have it pictured here in my little reheat pan. I make the soup in a much larger pot.) If you’re like me and cooking for just two people, this recipe makes enough for two dinners. Or you can eat it together for dinner one night, and then enjoy it as leftovers for lunch for the next few days.

Unless otherwise noted, I use salted butter and soy milk for all of my recipes. I haven't tested them with other types of butter or milk. Adapted from an old cookbook borrowed from the library, original source unknown. Recipe URL: https://www.roseclearfield.com/recipe/baked-potato-soup-colby-jack-bacon

Did you make the cheesy bacon baked potato soup?

Pin the recipe for easy access later! Thanks for your support! 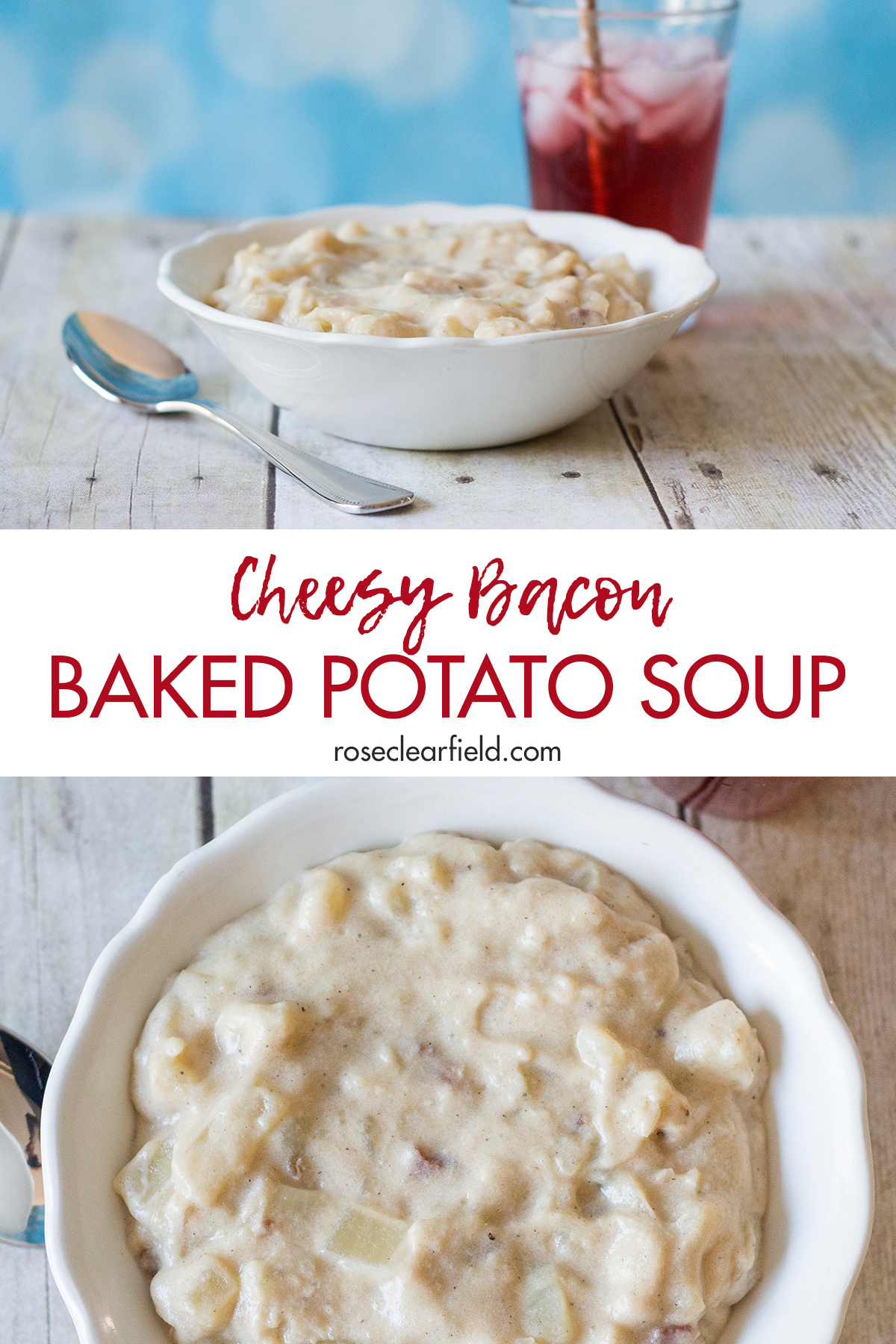 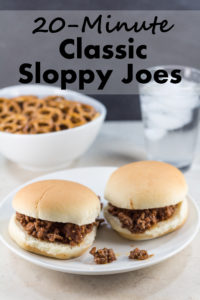 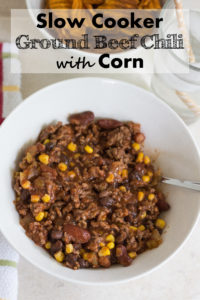 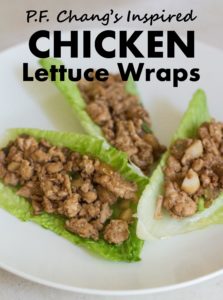