During Doors Open Milwaukee 2016 in mid-September, I visited 15 sites and took nearly 1,000 pictures. I shared a sneak peek in my September highlights post as well as a brief narrative of the two full days over on Niume. Now I’m sharing longer posts covering a few of the sites.

My first longer post highlighted Calvary Cemetery. Today I’m highlighting Annunciation Greek Orthodox Church. It’s a little-known fact that the church is designed by Frank Lloyd Wright. Wright has roots in both Wisconsin and Illinois. As such, Wright buildings and tours are promoted heavily in both states. But Annunciation isn’t discussed nearly as often as more iconic Wright buildings, such as Taliesin and the Oak Park home and studio. I had been to the church once as a kid but hadn’t been back since. I don’t ever find myself in that area of town so I’d never even driven by it during my time in Milwaukee. As it is a bit out of the way, I had to allow a big block of time for it during Doors Open, but it was well worth it.

Annunciation gave talks on the hour, spending half an hour talking about the church’s history and the changes in the Greek Orthodox church over the past 60 years or so. Then Doors Open attendees had half an hour to ask questions and explore the church on their own before the next tour began. I knew next to nothing about the architecture and construction of Annunciation or the history of the Greek Orthodox church. Needless to say, the talk was fascinating. 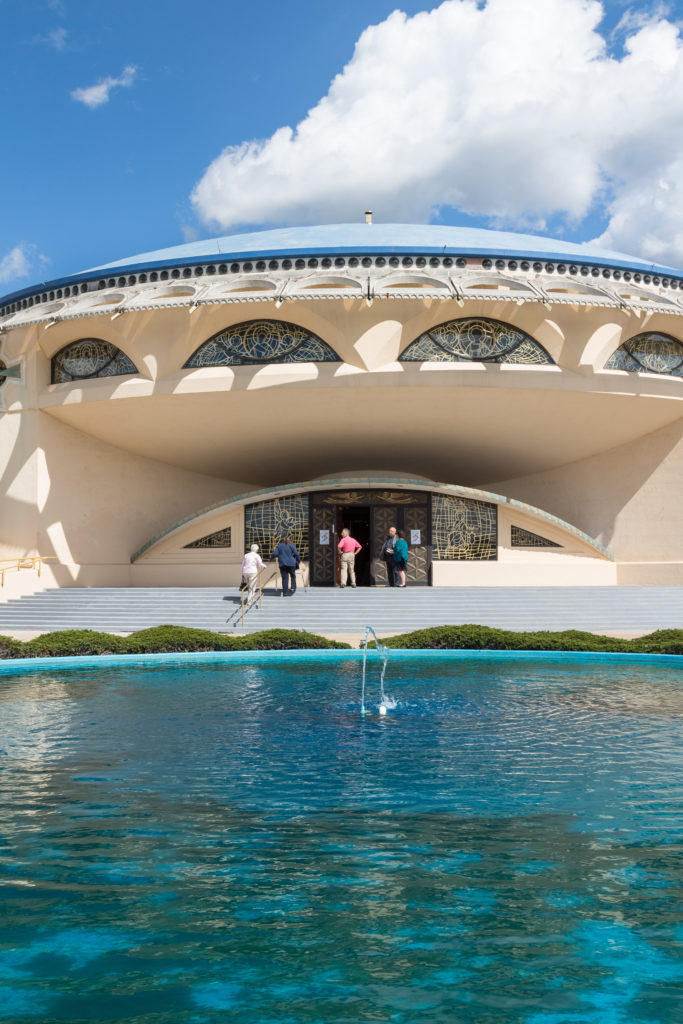 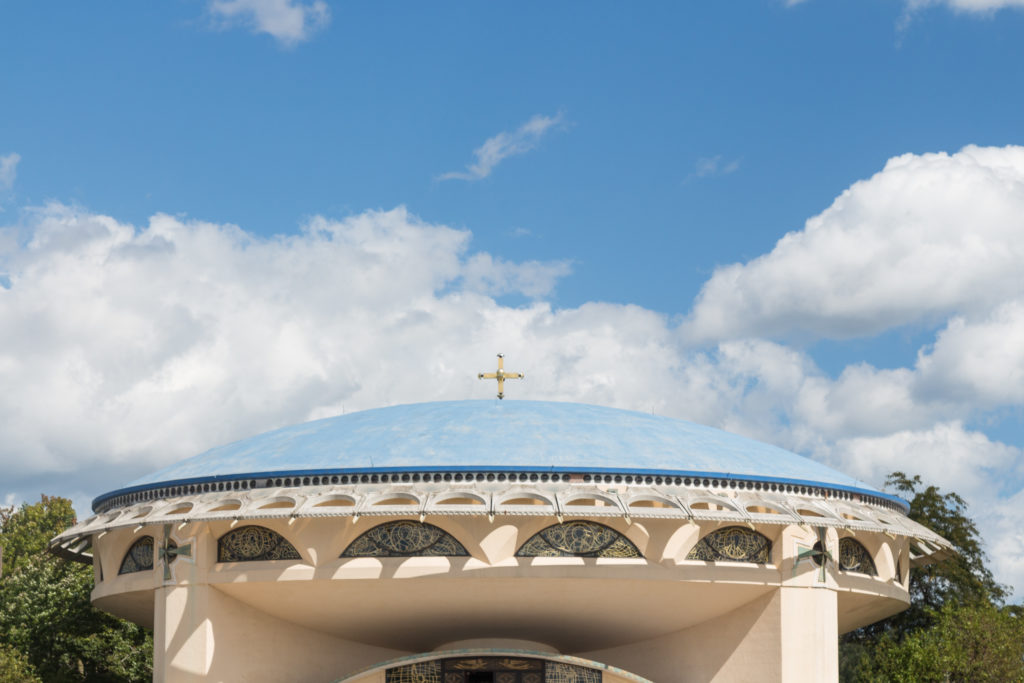 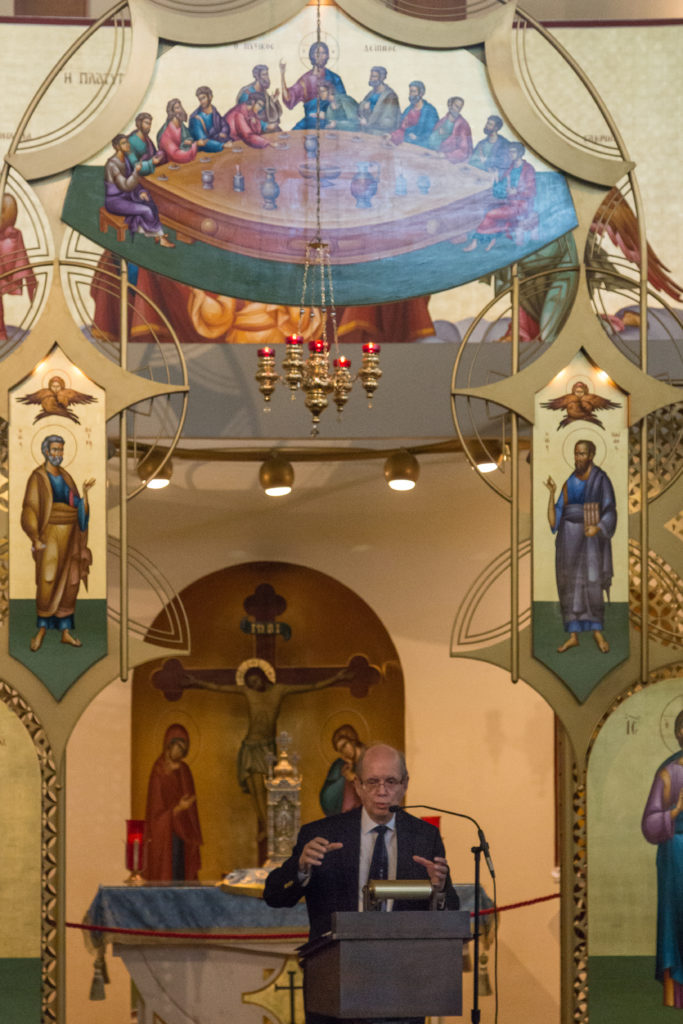 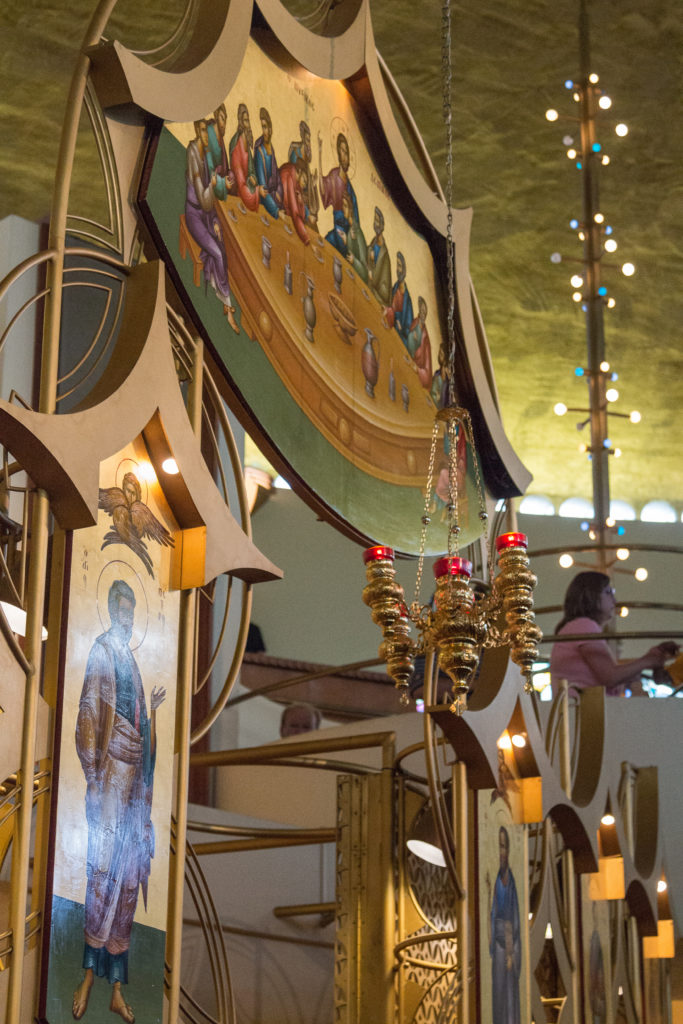 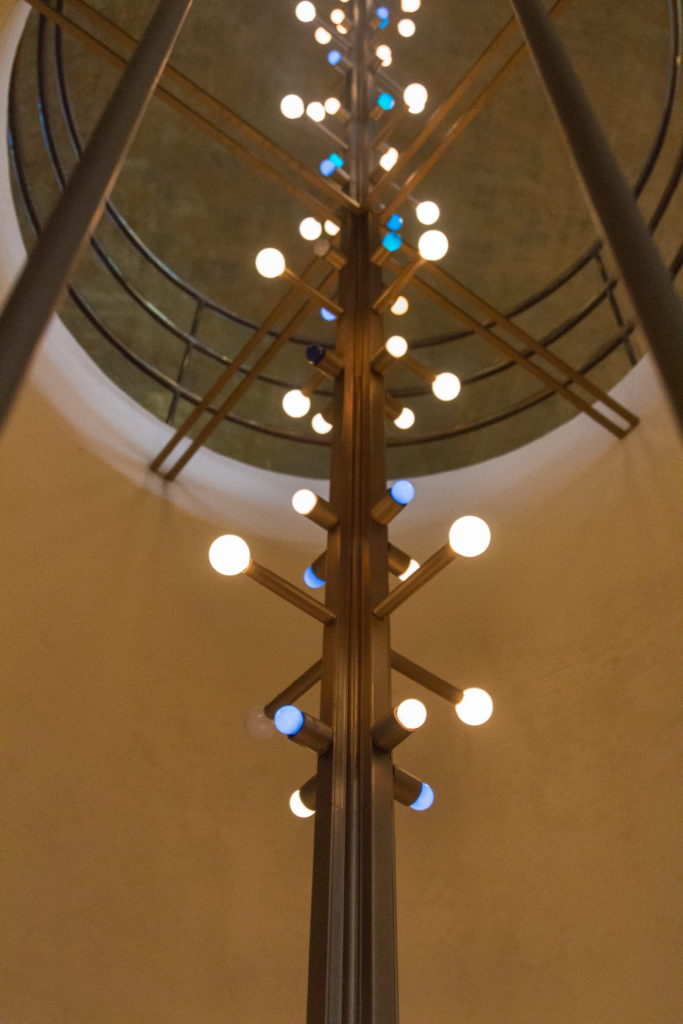 The light fixtures are undeniably one of the coolest aspects of Annunciation. I could have taken dozens of pictures of them. 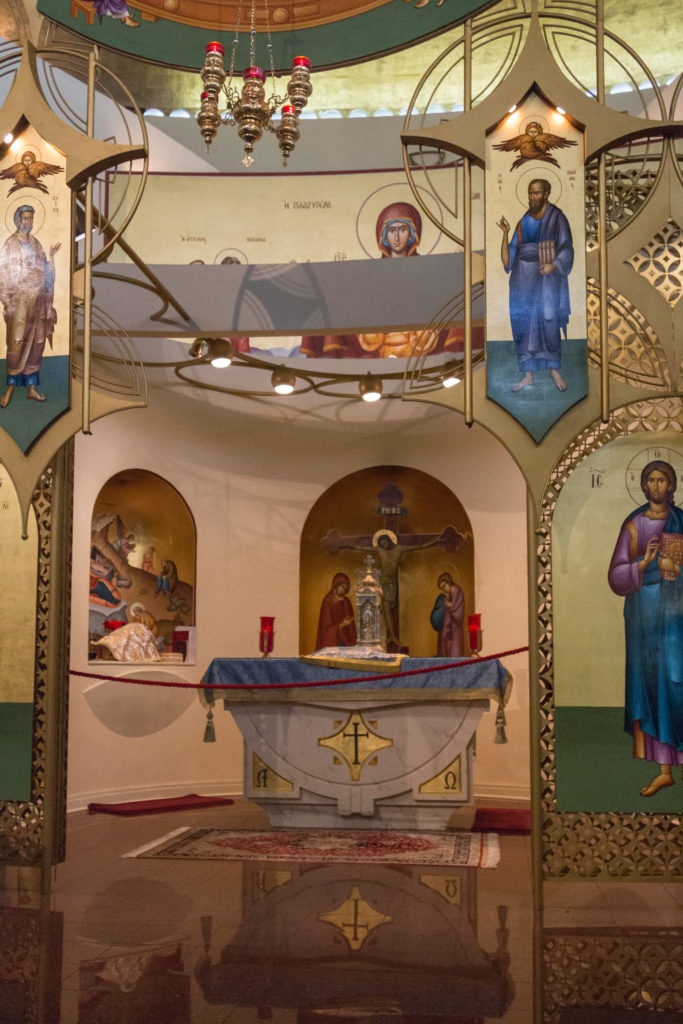 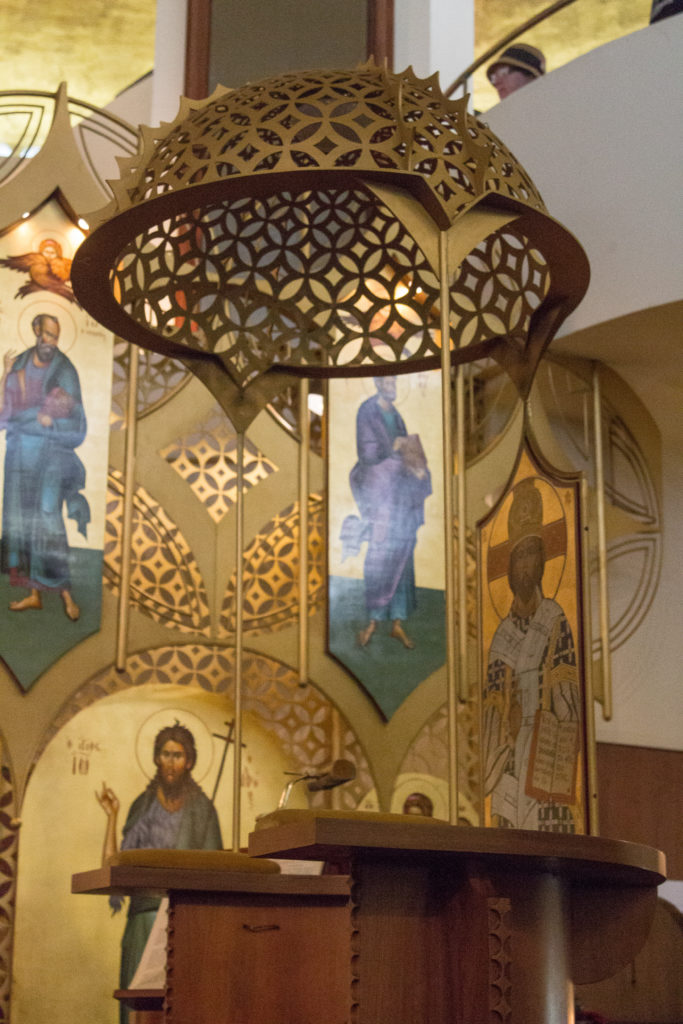 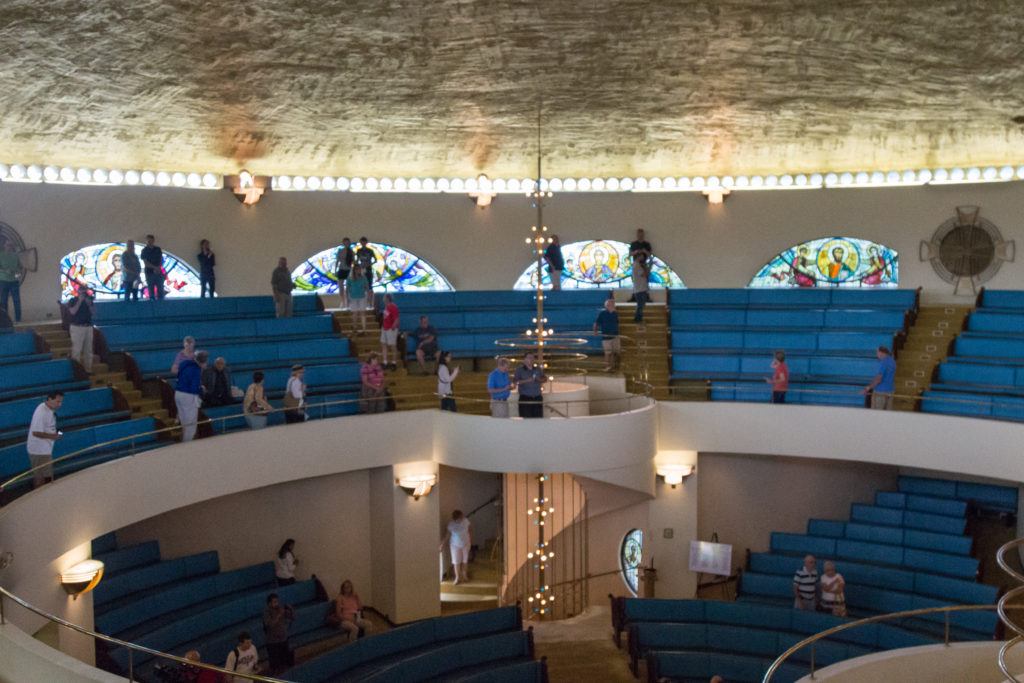 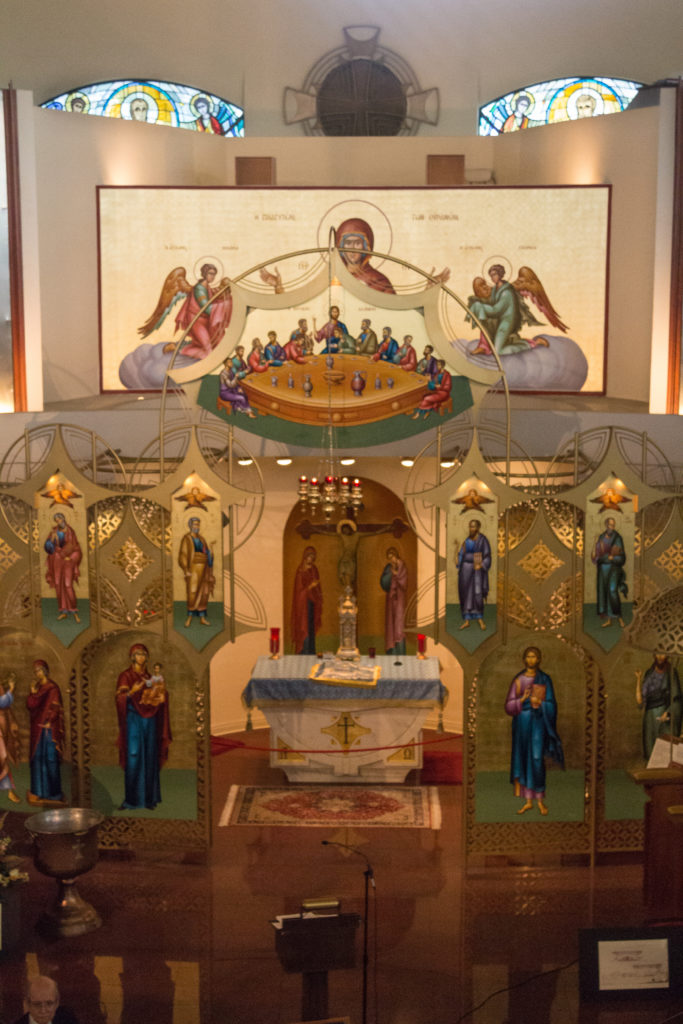 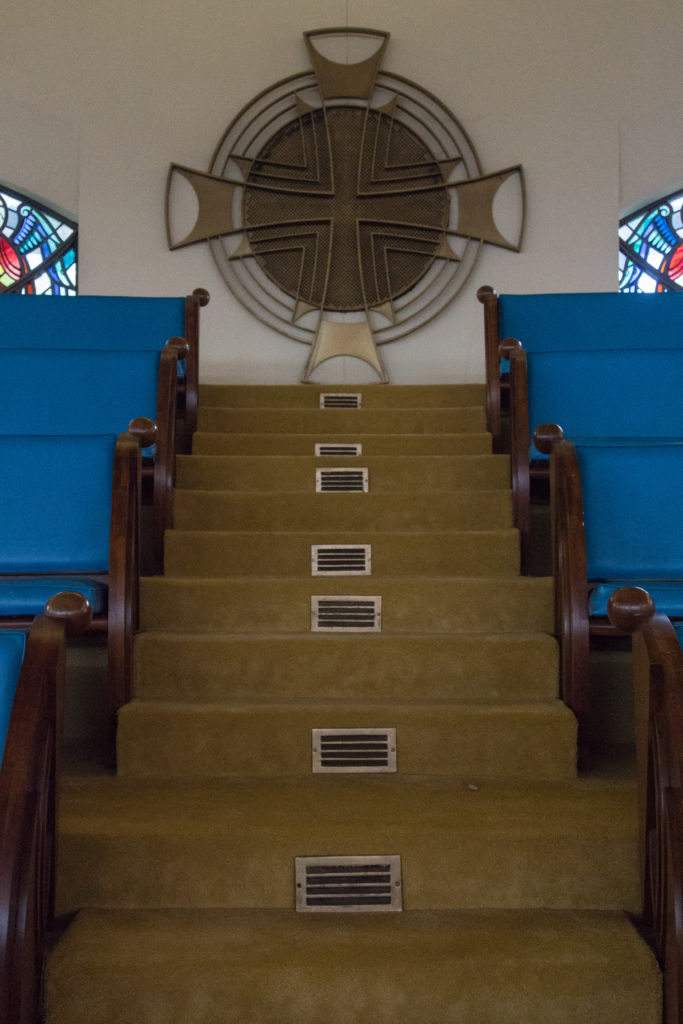 Frank Lloyd Wright incorporates as many functional building elements as possible into the building’s design. The cross is actually one of the church’s heating / air-conditioning vents. 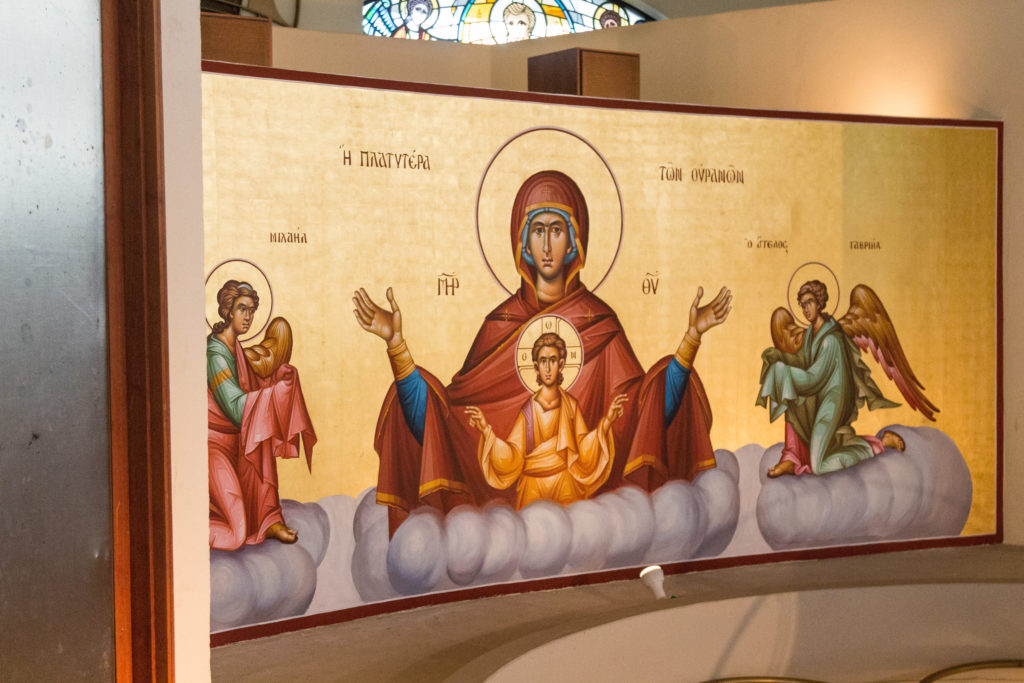 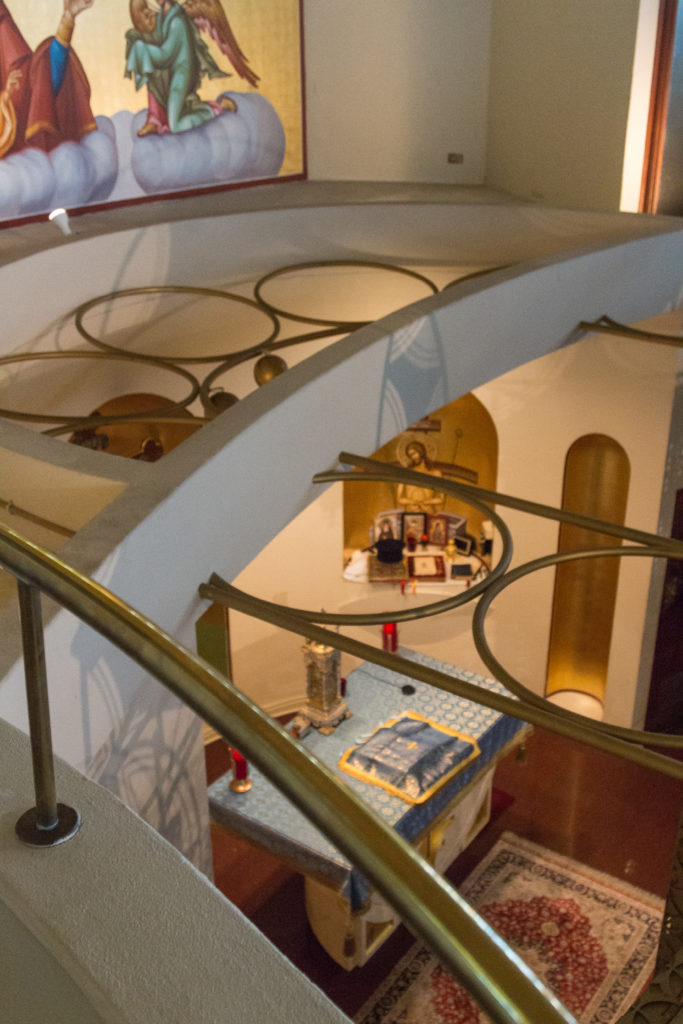 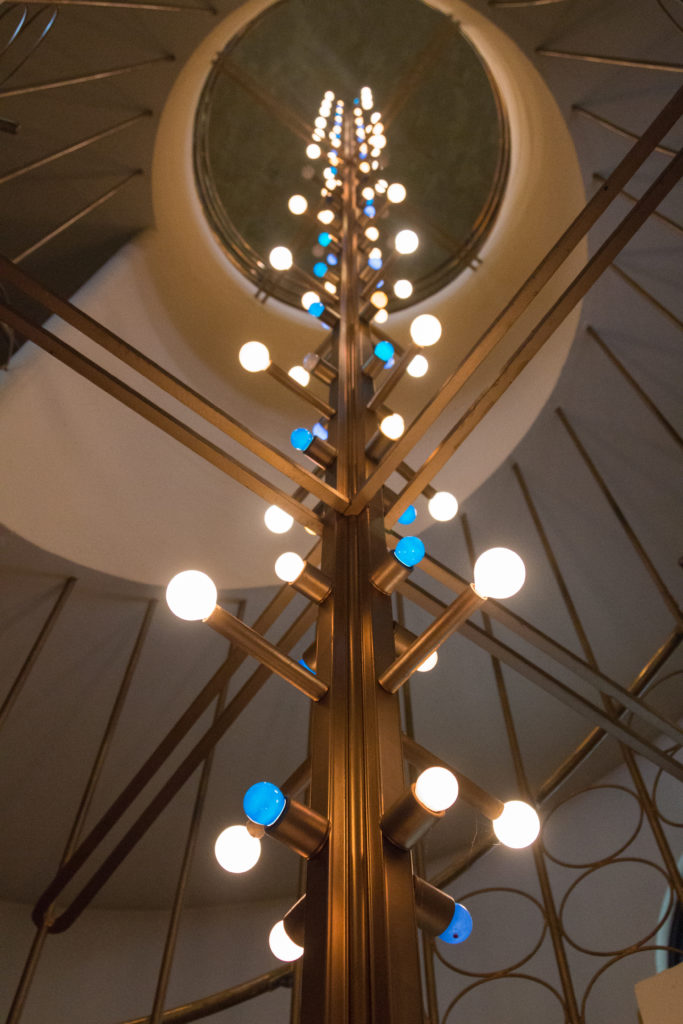 I took this picture right before leaving the church. It’s one of my favorite shots from the entire weekend. 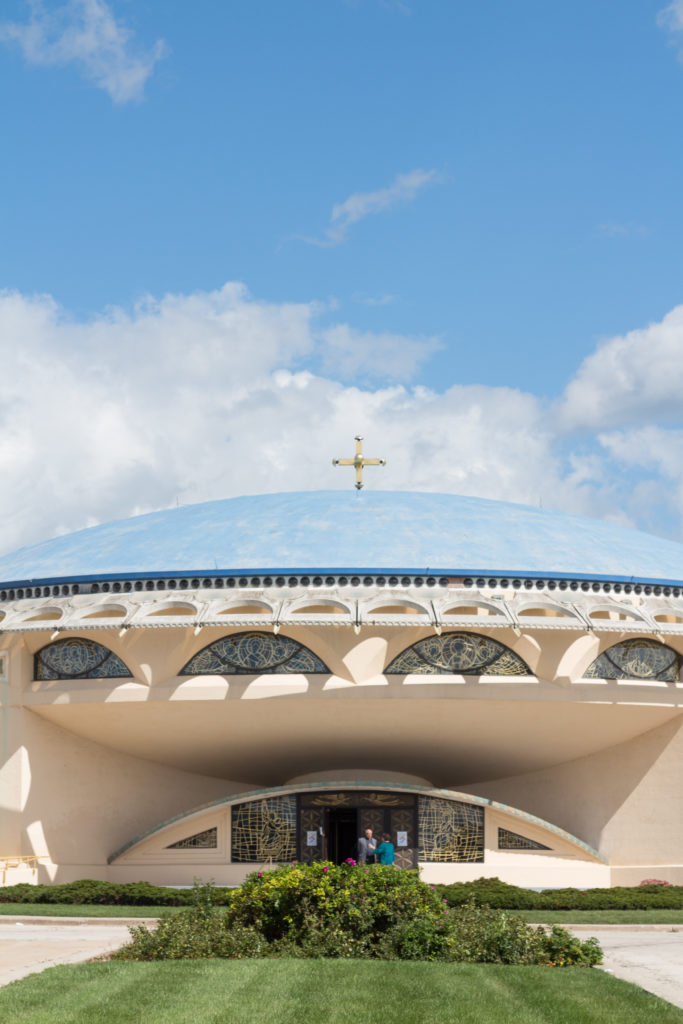 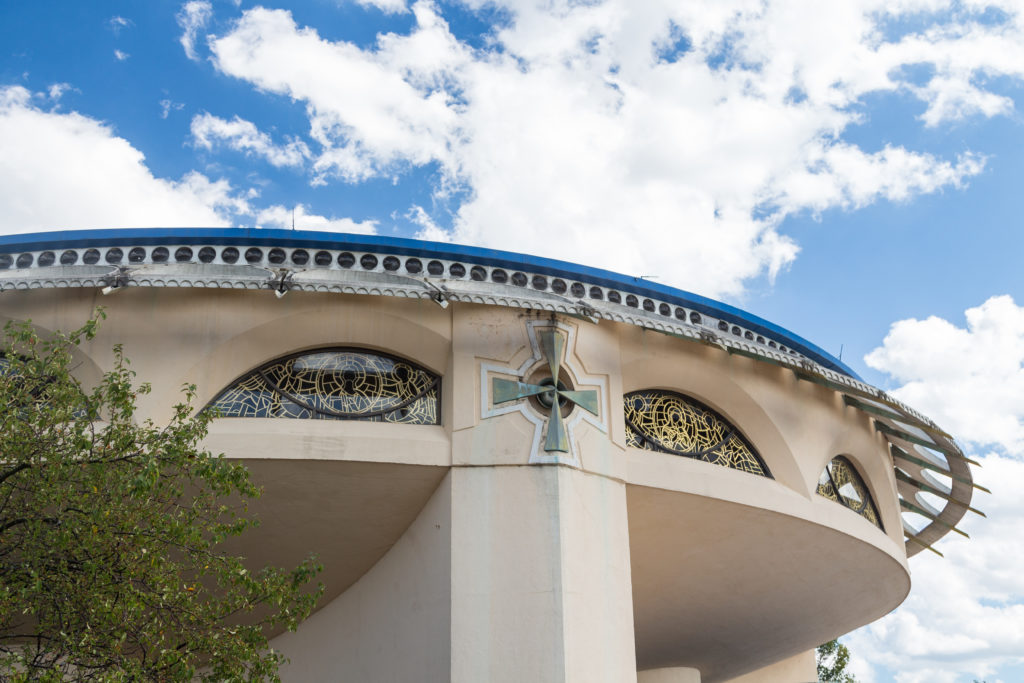 For more information about Annunciation Greek Orthodox Church, visit Wikipedia, Wright in Wisconsin, and the official Doors Open Milwaukee website. If you’re interested in touring Annunciation outside of Doors Open, contact the church to set up a group tour.