This story. I can’t even think about it too much without getting teary eyed. I am following his Instagram account now, though, and it’s amazing.  Recently I read that Vanilla Ice STILL gets daily tweets with snaps of the A1A because of the reference in Ice Ice Baby. Proof from this account just last month that this is a real thing. Mind blowing.

Alisa Burke has been creating free coloring pages for over a year now. This summer she’s been releasing a new one every week. If you are into the adult coloring trend, check them out. For those who have anxiety about messing up favorite pages from coloring books, you don’t have to stress about Alisa’s pages because you can save and then print them as many times as you like. Also, on the subject of coloring books, did you hear about the new Lisa Frank coloring books?! Too awesome for words.

Some of the most amazing drone footage I’ve ever seen. The music is…a little distracting. If you’re tempted to quit watching the video because of the music, mute it. Make sure to watch all the way to the end because the final footage of star trails is unreal.

These infertility announcements are priceless. I think that cheezy social media announcements are really stupid anyway, but obviously I’ve been really over cheezy pregnancy announcements for a long time…and so have a lot of other people. The “we spent all the dough…still no bun in the oven” is my favorite. On the same subject, this announcement cracks me up, too.

Jake came across Displate recently, and it’s so great. I especially love their minimal movie posters. Eventually we’re going to expand the seating, upgrade the sound system, and add a bar area in our finished basement space. I’ve moved all the art from the finished basement space in our old house to other areas of our new house, leaving the basement a blank slate. We’ve talked about decorating it with movie posters. I haven’t seen anything I’ve liked nearly as much as the minimal movie collection. I haven’t nearly browsed all of them yet, but a few initial favorite include Ferris Bueller’s Day Off, The Italian Job, Casino Royale, and Back to the Future (there are actually multiple minimal Back to the Future designs, and they’re all great). Also, I LOVE the design for Casablanca. I don’t want the theme to be classic movies because I’m not a movie buff so it would feel pretentious, but the Casablanca design is so fabulous.

Many of you know that one of my favorite places in Milwaukee is the VA grounds. I recently learned the Milwaukee Preservation Alliance has a Soldiers Home walking tour app for the grounds. How neat is that? Save the Soldiers Home also has lots of cool photos and historical information.

Getting a new Crate and Barrel catalog in the mail is always a little highlight in the day. I’m flipping out about this colorful kitchen spread in the latest fall preview catalog. I want all of their colorful kitchen items.

We have tickets to see Lindsey Stirling in Milwaukee this fall! I’ve already talked about my love for Lindsey Stirling on this blog and am so excited to see her live. When I was browsing the tour schedule for her new album, I ended up browsing her merch as well. She has a lot of awesome t-shirt designs. I’m still on the fence about whether or not I’ll get one before her concert, but if I do, it will be this one or this one.


What have you been loving lately?
Feel free to leave links in the comments! 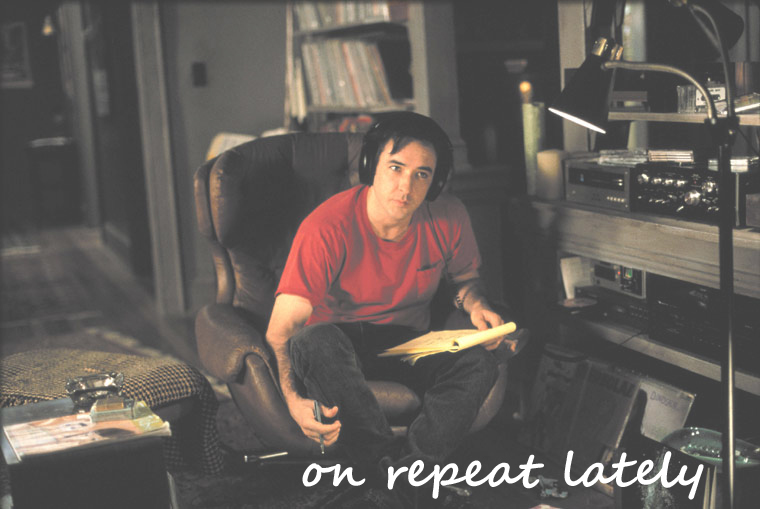 A little taste of what I’ve been listening to lately…over and over again. Check it out!

Radioactive by Lindsey Stirling and Pentatonix (Imagine Dragons Cover) – I’m a huge Lindsey Stirling fan and frequently default to her albums while I’m working. Lately to mix it up a little, I started listening to her YouTube channel. Lindsey has so many fantastic covers, but Radioactive is really ahead of the pack. I absolutely love the string addition to the song, which isn’t a big surprise because I love strings in rock music. Some of the riffs remind me of this song.

I’m not a Pentatonix fan because most of the time, they try way too hard. I don’t like having music shoved in my face. You just want to say, “Hey, you’re really good. Stop trying to prove that and tone it down a little bit.” If they sang like they sing on Radioactive all the time, I would love them. The a capella arrangement adds so much to the song. For me, this is definitely one of those covers that rivals, if not surpasses, the original.

Lane Boy by Twenty One Pilots – In another effort not to exhaust Lindsey Stirling’s albums completely, one day I browsed related suggestions on Amazon for Lindsey Stirling fans and came across Twenty One Pilots.  (Yeah, I know they’re not new…at all.) I’ve been listening to Vessel and Blurryface a lot. Initially my favorite song was Holding On to You, but lately Lane Boy is the one I keep repeating. I think it’s largely because I recently read The Song Machine.

Adele – Hello / Lacrimosa (Mozart) by The Piano Guys – The classical mashup theme continues. (This is one of my absolute favorite bands, remember?) One of my good friends in high school went through a huge obsession with Mozart’s Requiem (yep…). It got me listening to the Requiem a lot. Consequently I still know the piece very well so I sort of geeked out over this mashup. Adele and the Lacrimosa sounds like a terrible combination, but it works so well. Cello fits both melodies wonderfully, and the video is the perfect match for the arrangement with its staggering number of loops. Jake and I got to see The Piano Guys live earlier this year, and they played this song, which was nothing short of amazing, as was the whole show. If you ever have a chance to see them live, don’t miss the opportunity.

Wristband by Paul Simon – I’ve been listening to Paul Simon ever since I was little. You Can Call Me Al is one of my two all-time favorite songs. (The other one is Blackbird by the Beatles). I’m blown away by Paul Simon’s consistent song writing. His newest, Stranger to Stranger, may not have a lot of hits, but he still knows how to write a great song. Normally I don’t gravitate toward the single from an album, but I had to go with Wristband for this post. If you haven’t heard So Beautiful or So What, please give it a listen, too.

What have you been listening to and loving lately? Leave your recommendations in the comments!

The above shot from Jason Peterson is by far my favorite fireworks photo from the 2016 4th of July (and possibly all previous 4th of Julys). It’s SO DIFFERENT from anything else I’ve ever seen. Who would have thought that a black and white image of fireworks could be so amazing? Plus, Chicago skyscrapers. Always amazing.

Also, on the topic of photography, I LOVE photos that tell a story. Check out The Denizen’s feature on official White House photographer Pete Souza and Photo Collective Studio’s shots from The Bike Prom in Salt Lake City.

I decided to make our powder room Bath, England themed because I recently found an amazing set of Bath postcards I picked up in Bath back in 2000 (I save a lot of postcards), and it seemed to fit that room. Then I picked up this print. I wanted one more wall art piece to complete the space, and I just wasn’t finding anything else I liked on All Posters or Etsy. On a whim, I searched Pinterest and came across this amazing artist. I’ve got a few prints ordered and am so excited to see the room come together.

This article about digital hypocrisy. I could write a whole post about this topic. People frequently underestimate how the behavior that parents and teachers model in front of children is integral to their development. The topic of digital consumption only becomes more and more relevant each year.

Of course I can’t write a favorites post without talking about cats at least once. This comic and this comic are both so true. And does it get any cuter than this photo? Kills me every time.

This has been my go-to appetizer for social gatherings this summer. I’ve already made it twice, and I have the ingredients to make it again tonight. So delicious and so easy.

Finally, also on the topic of food, I have big plans to make these two salads for weekday lunches in the near future: Asian Ramen Noodle Salad and Chopped Brussels Sprouts Salad With Chicken and Walnuts.