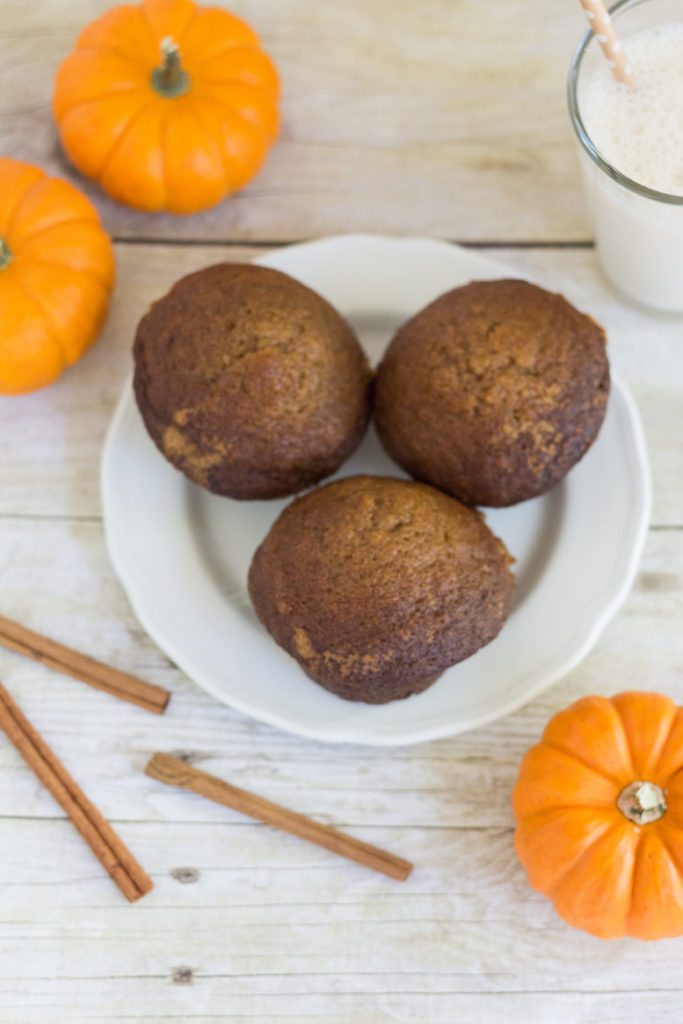 Jason Peterson knows how to capture perspectives of iconic Chicago locations in a way that I’ve never seen them before. I have driven by this museum dozens of times and seen many images of it over the years, and his image is so different. Also, his recent shot of Michigan City completely blew my mind. Again, he has such a unique perspective on the area.

On the subject of Instagram, I can’t believe that I haven’t talked about Hank and Sully here yet. Hank and Sully are orange tabby brothers who were adopted the same month as Apollo and Ares. For nearly four years, they lived with an elderly kitty named Brawley whom Hank and Sully’s owners took in right after they got married. He crossed the rainbow bridge this summer. A few weeks later, they adopted a gray tabby, Luca, who bonded with Hank and Sully pretty much instantly. I couldn’t have made up a story that mirrors the story of my boys so closely.

Bigelow Raspberry Black Tea. I love ordering raspberry ice tea in restaurants and got inspired to start making it at home after reading a book in which the characters made ice tea all the time. I use two bags for two cups of water and serve it with lots of ice and a little sugar. A couple times I’ve switched it up and used one bag raspberry and one bag vanilla chai, which is also really good. With the chai flavor, you can even add a little milk.

Who else loved making friendship bracelets back in the day? This post makes me want to bust out my embroidery floss stash (yes, I own quite a bit of embroidery floss) and make a whole bunch of bracelets.

As always, Crate and Barrel continues to inspire me with their newest catalog. I absolutely love their new houndstooth prints and hope that they’ll use them for other products in the future.

Chef’s Table: France. I love Chef’s Table, especially the first season. But I think the third season, which is an all-French chef installment, is the best yet. The cinematography of Chef’s Table is unlike anything I’ve seen before, and I absolutely love how there is no set format for the show. So many TV shows are so formulaic. Chef’s Table really lets the chefs dictate each story. Eater has a great article about the second, third, and fourth seasons of the show.

I’ve been hearing so many good things about the new gel nail polish finishes. I picked up the Essie  gel·setter a couple weeks back and have been really happy with it thus far. I get a solid 5-6 days with very minimal, if any, chipping. I would imagine the 2-step systems like Essie Gel Couture do last longer, but I love that I can use the regular gel setter with regular polishes. Until I use up more of my current polishes (which isn’t going to happen in the near future), it doesn’t make sense to invest in a whole new system.

I have wanted a Daniel Wellington watch and a pair of Tieks for over a year. I finally took the plunge last month and got the Winchester Classy 26mm in rose gold (plus another Classy strap for free, thanks to a September promotion) and the cardinal red Tieks. The watch is SO comfortable, like I forget I’m wearing a watch because it’s so comfortable. It’s designed to fit a wide range of wrist sizes so I was little worried about the proportions for my thin wrist, but it’s been great. I also love that you can switch out the straps because inevitably, I will eventually wear out the strap well before I wear out the watch. (Also, I just have to mention that I really wish this blue and orange strap is still available. Alas, it’s not.)

I’ll have a full review of the Tieks later this fall or early in the winter once I’ve had a chance to really put them through their paces (i.e. the upcoming New Orleans trip, a few full nights out in Milwaukee) and can talk about more than their pretty packaging and fabulous construction.

Also, on the subject of shoes, I bought these boots in brown in person. Then I found out they’re also available in black. The same $10 off promotion that I used to buy the first pair was still running…so I ordered them in black, too. I never do that, but I’ve wanted tall lace up boots forever. We haven’t even had a lot of cooler weather yet this fall (not complaining), and I’ve still been able to wear them several times already.

Finally, this photo. No words. 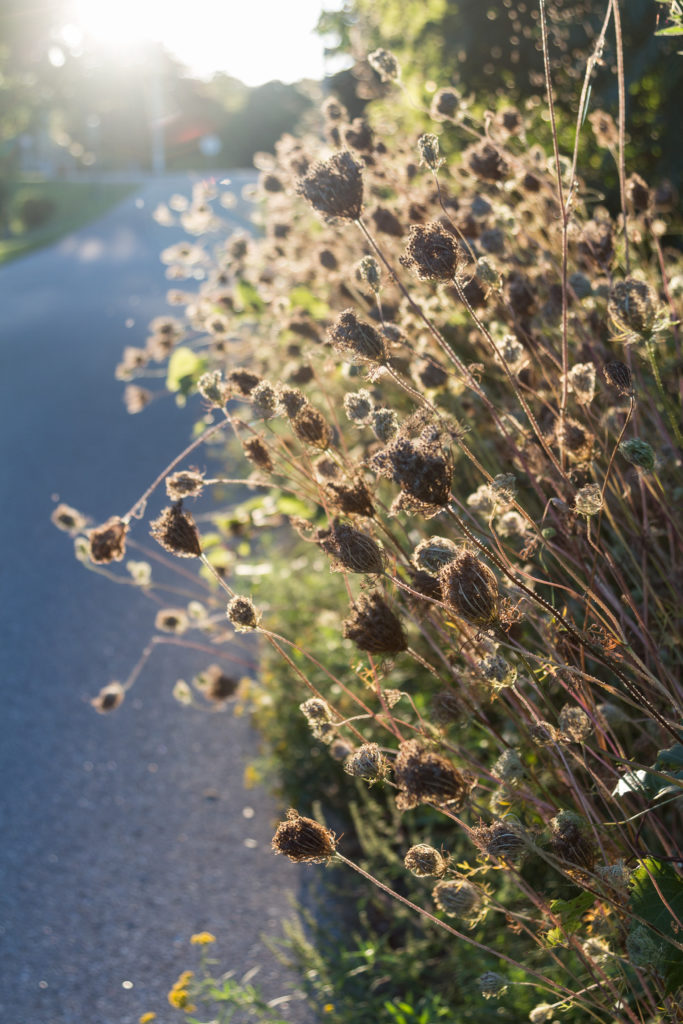 Another month has flown by, as always. Today I’m sharing just a few highlights from September. 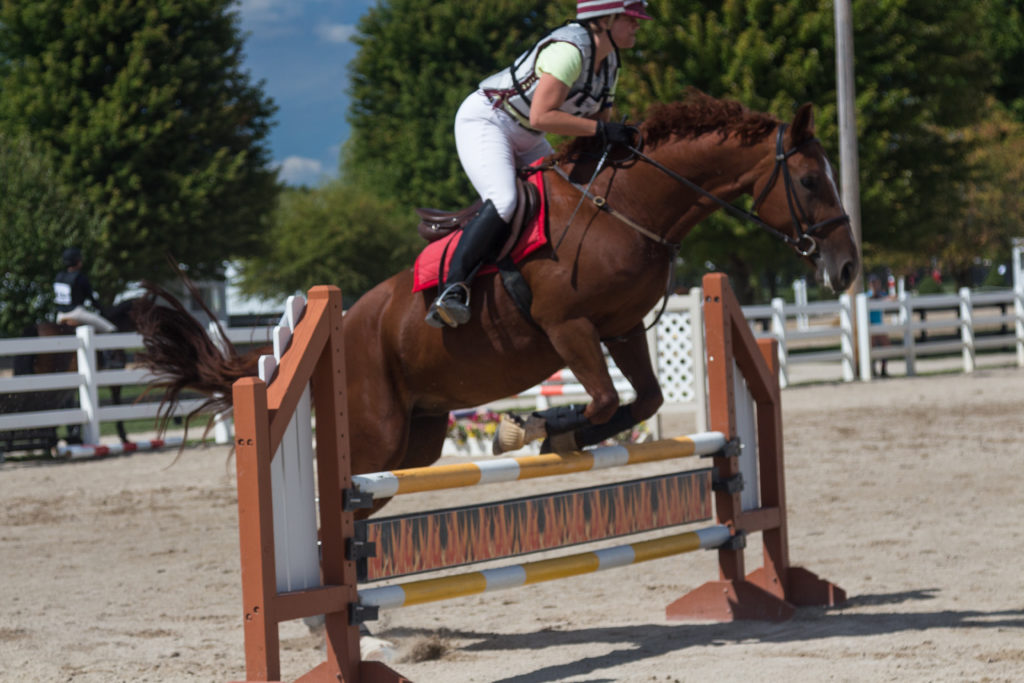 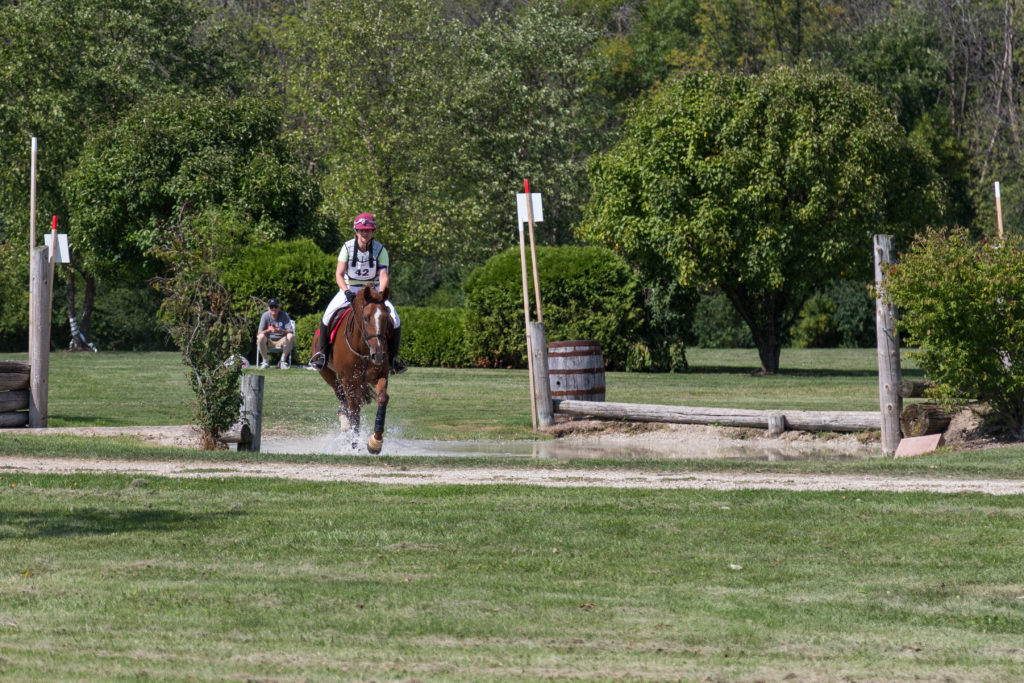 9/3: Silverwood Farm Fall Horse Trials. I have a family friend who trains show horses. In the 10+ years we’ve known her, we’d never seen her compete.  So we made it a priority and got to the Silverwood fall trials. Many of you know that I’m a city girl. As such, I know next to nothing about horses and am way out of my comfort zone being around and photographing them, but it was so neat. 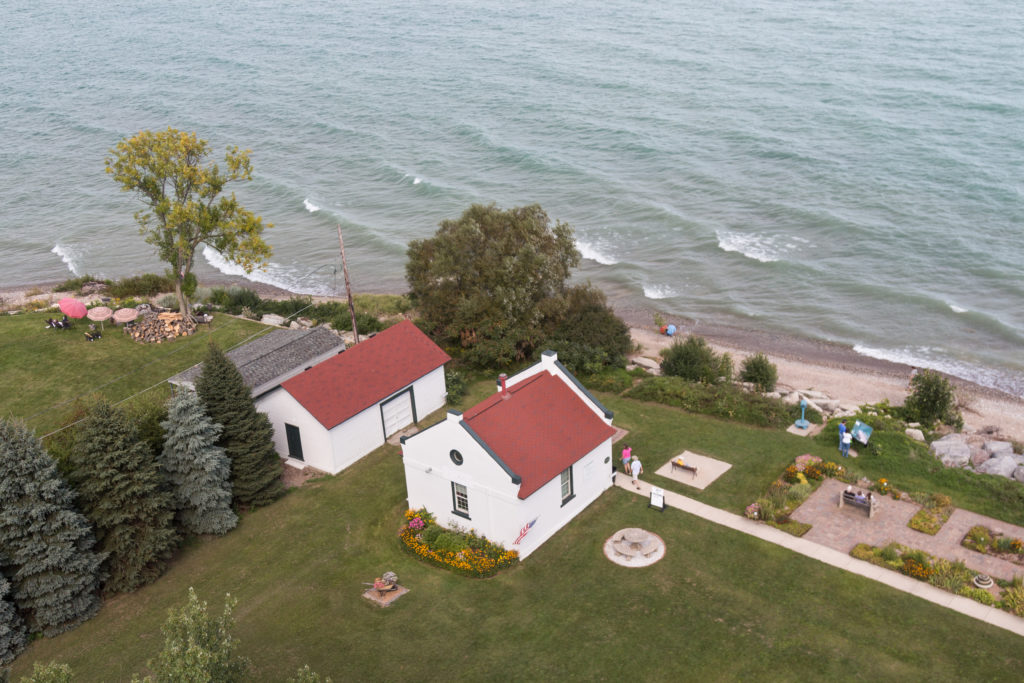 9/4: Wind Point Lighthouse tour. The lighthouse offers monthly climbs from June through October. It’s awesome to get a brand new perspective of a place you visit frequently. We learned a little bit of its history and admired the sweeping views of the grounds as well as Milwaukee, Racine, and Lake Michigan. 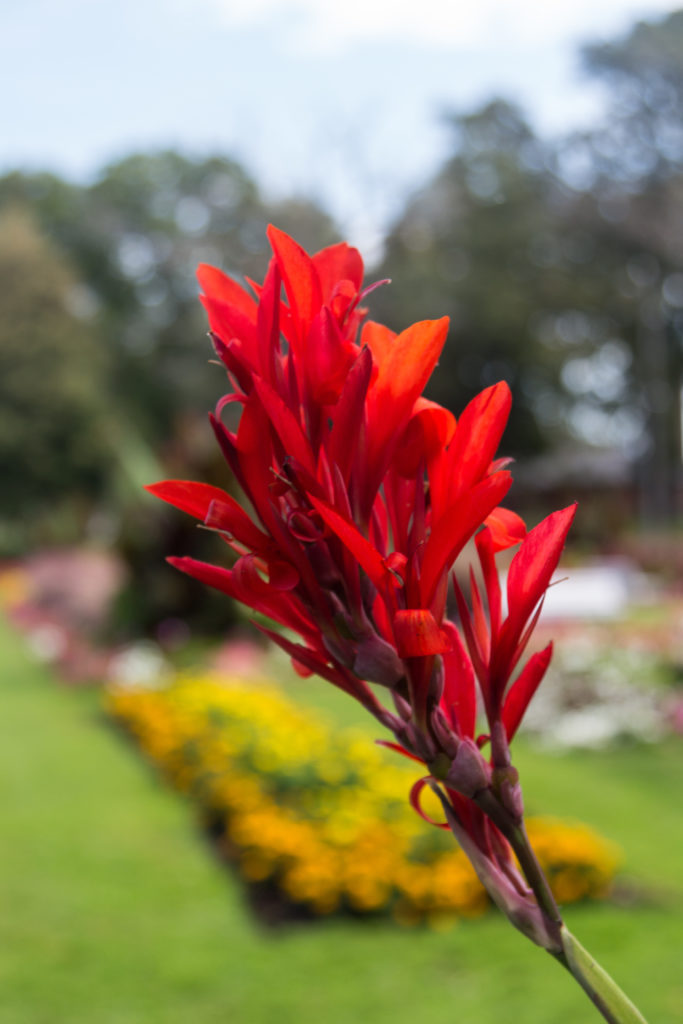 9/16: Lincoln Park. No, I wasn’t visiting Lincoln Park in Chicago, I was visiting the little Lincoln Park in Kenosha. I had to run a quick errand down that way and stopped over at the park for a bit. It’s home to a beautiful sunken garden. It’s also where Jake and I had our engagement pictures taken just over 10 years ago.

9/17-9/18: Doors Open Milwaukee. The long-awaited Doors Open was awesome. I hit 15 sites in all and would have made it to even more but I had another commitment on Sunday. We had absolutely perfect weather for it, high 70s and sunny both days. I took nearly 1,000 images and will still be sorting through them for quite a while. Over the next couple of months, I’ll have several longer posts with more pictures of select sites here on the blog. 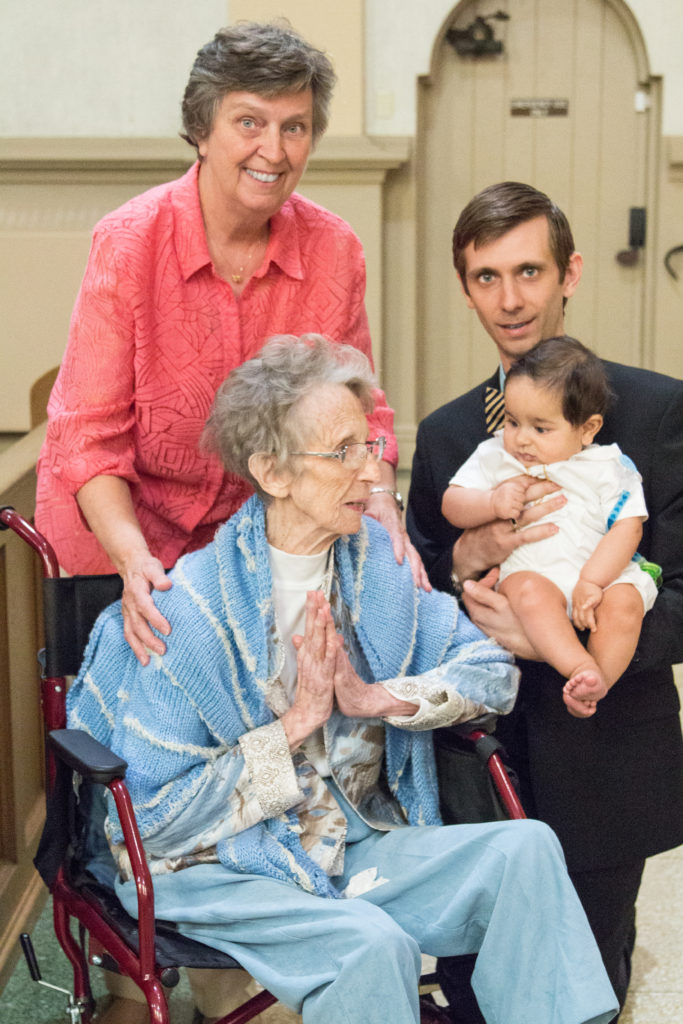 9/18: Joey’s baptism. Our good friends Joe and Melitta had their little guy baptized the same weekend as Doors Open. He was the fourth generation to get baptized in that exact church. I was very honored to help create this image of all four generations. 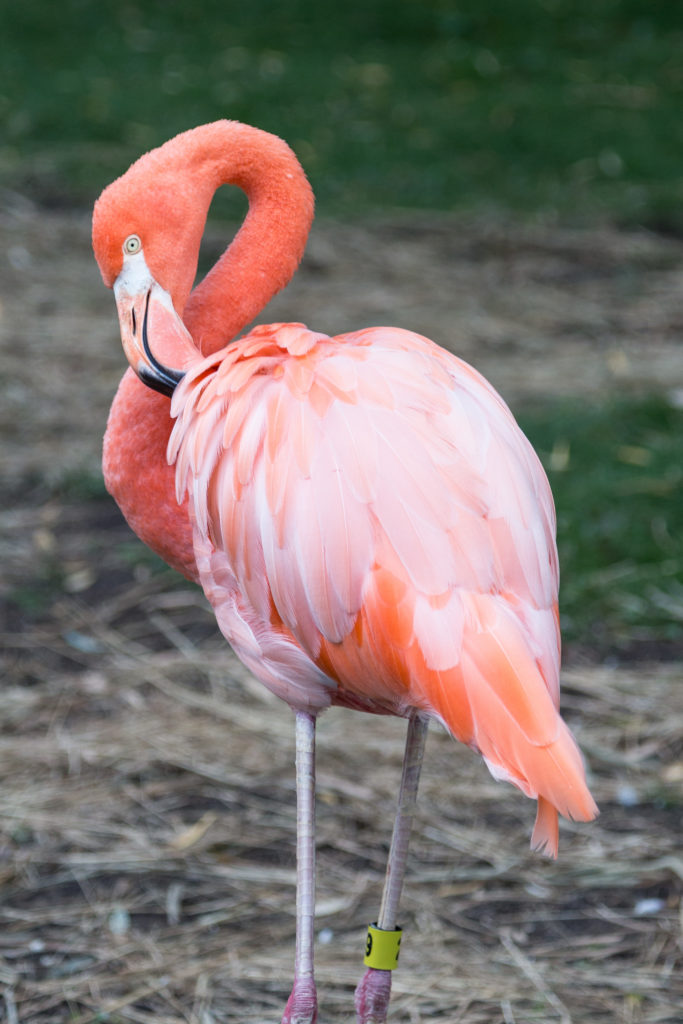 9/24: Milwaukee County Zoo. Jake had a professional event in Milwaukee in the morning and then we were going to straight to PetFest (see below). So I went with him and among other things, went to the zoo for a while. It was cooler and not very crowded, and lots of the animals were really active. 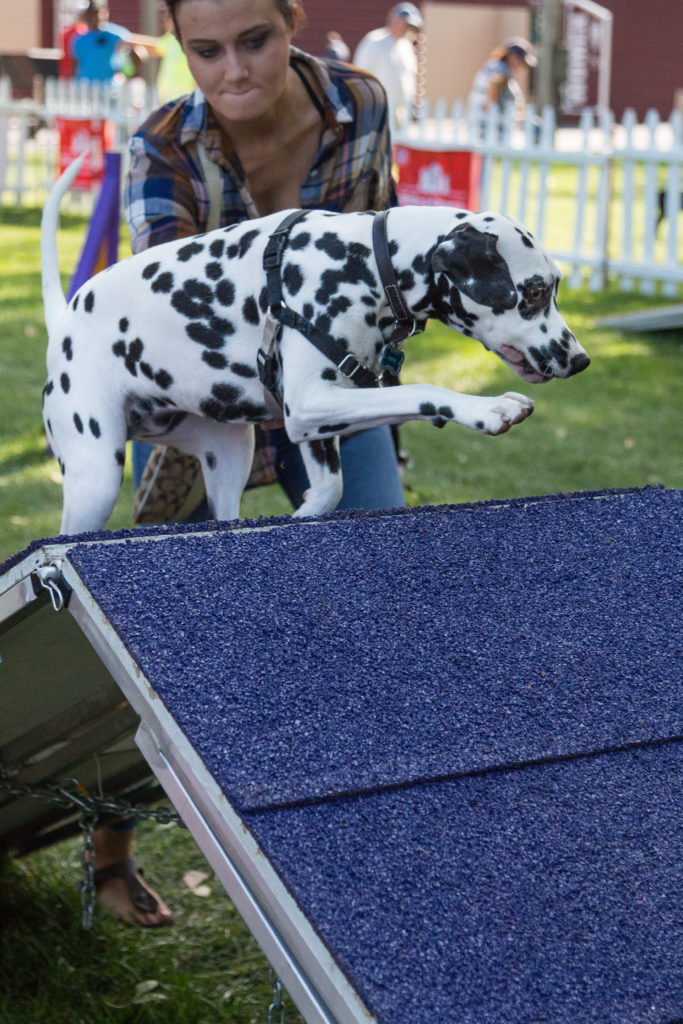 9/24: Fromm PetFest. My littlest sister-in-law is one of the organizers for the Fromm PetFest so we wanted to stop by for a while. It was really neat. They had various events for the dogs (i.e. agility training, lure courses) and tons of vendor booths, and of course, there were dogs everywhere. My mother-in-law came up for it, too, and we went out for pizza afterward. 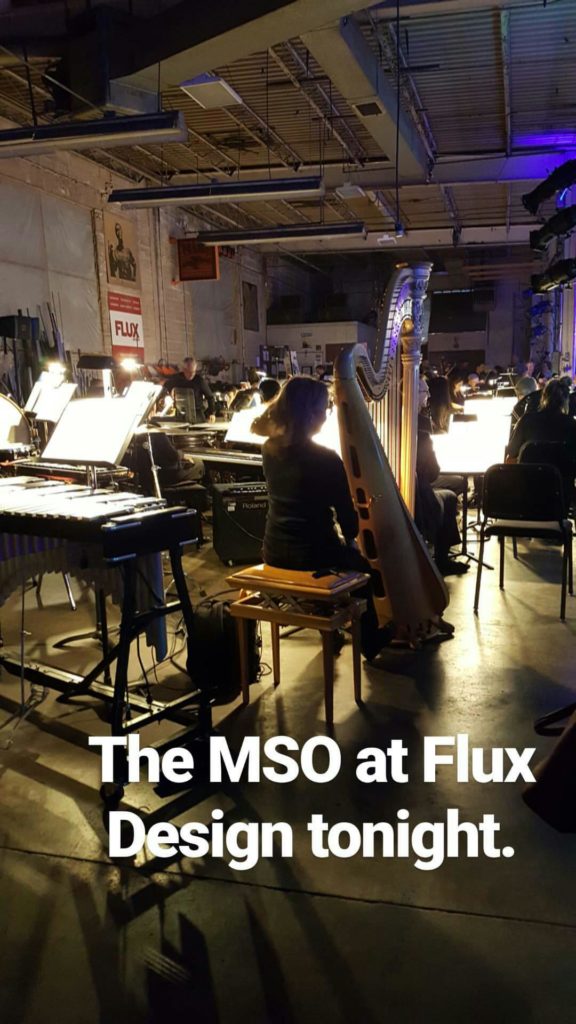 Finally, this month, I made it to four regular MSO concerts and two neighborhood MSO events. It’s the current director’s last season so they’re pulling out all the stops, and I’m going to as many of the concerts as I can.

What are you up to in October?
Any fun local events I should check out? 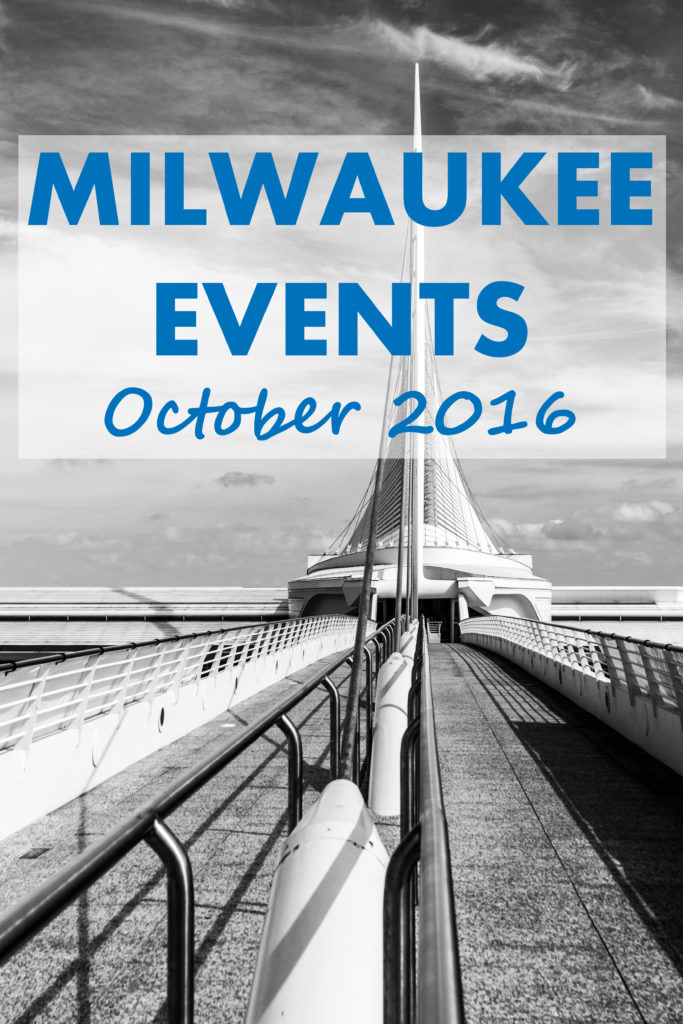 Book of Mormon: Oct. 25-30 at the Marcus Center for the Performing Arts. The Book of Mormon is making its second run in Milwaukee for one week only! If you haven’t seen the show yet, make it a priority to go this month. 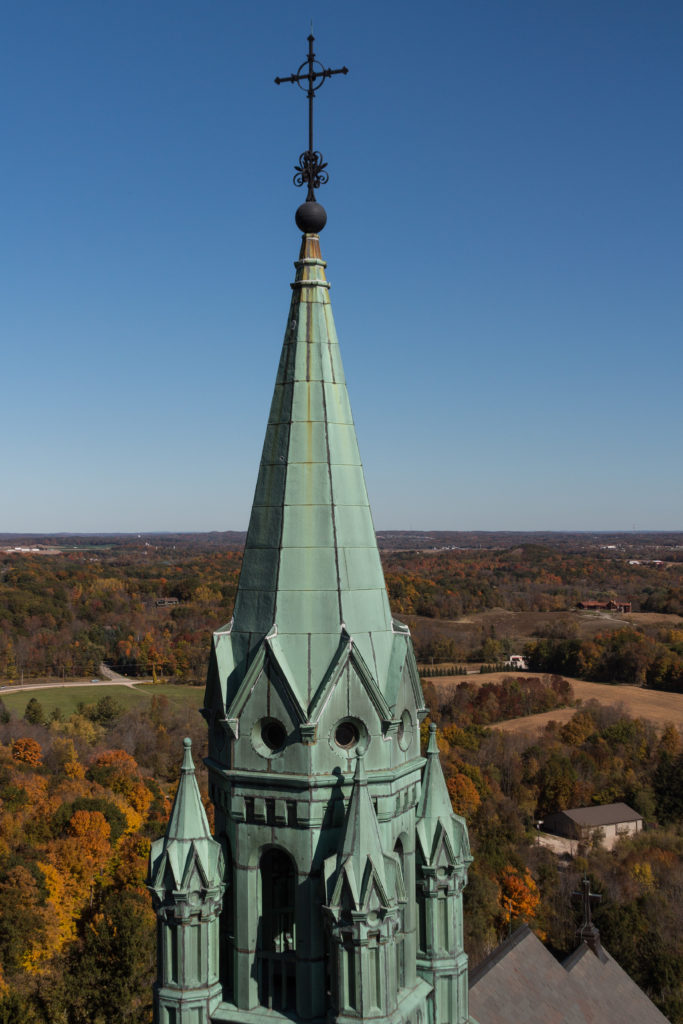 The greater Milwaukee area is home to dozens of fabulous farmers markets, including one of my personal favorites (and one of the biggest in the area), the West Allis Farmers Market. Many Milwaukee farmers markets operate through mid to late fall. Pick up apples, pumpkins, cider, and much more.

Milwaukee is home to four fabulous beer gardens, all of which operate through October. It’s not too late to enjoy a brew and a giant pretzel in a gorgeous park setting. The Landing at Hoyt Park features live music on Thursdays, Fridays, and Saturdays (see event calendar for times), and the South Shore Terrace features live music Wednesday evenings from 5:00-8:00 p.m. 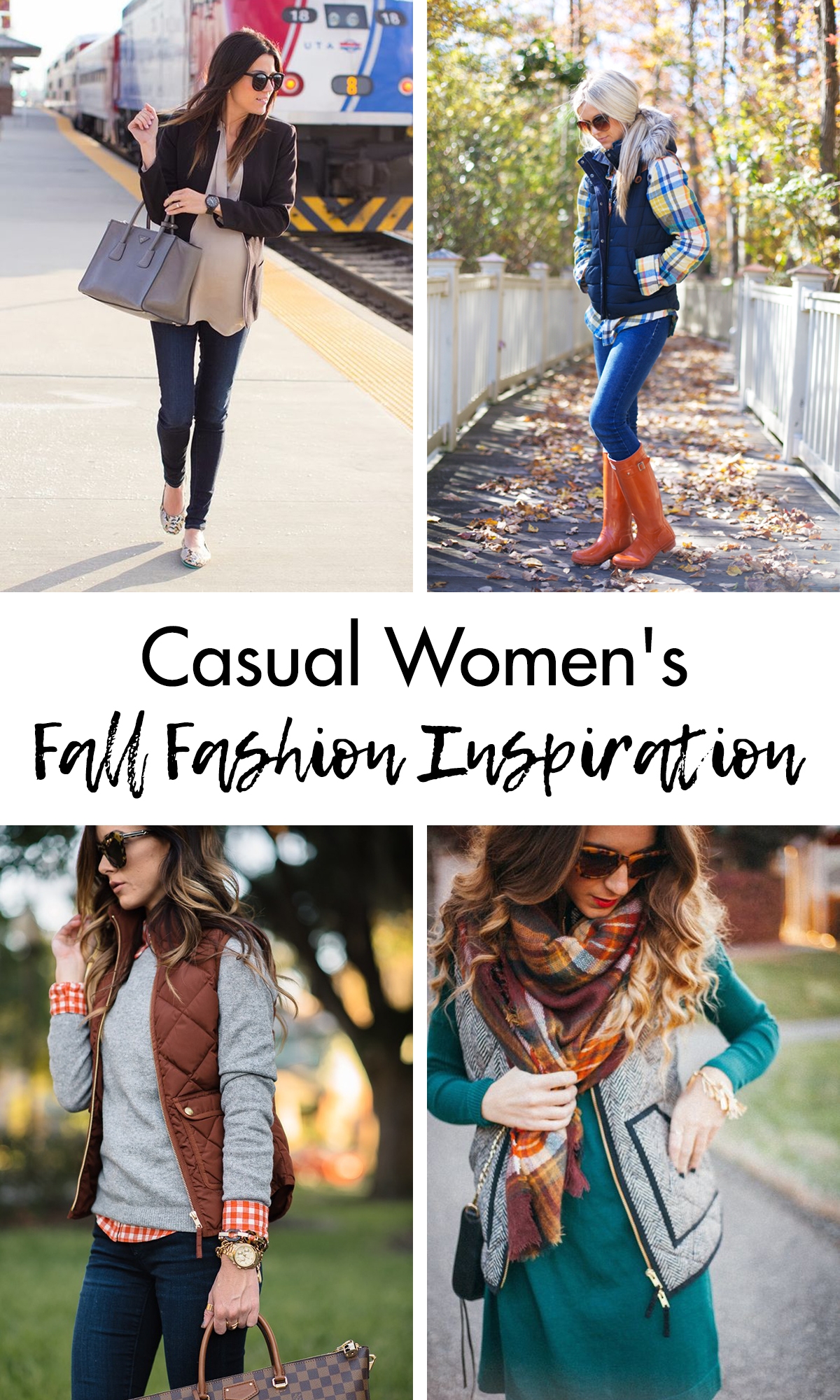 Hopefully, your September has been as warm as it’s been here in southeast Wisconsin, and you haven’t had to bust out too much of your fall / winter clothing yet. We have months and months to enjoy our cold weather clothes so I’m never in a hurry to rush that transition. However, as we move into October, the transition will happen. I’ve picked up a few new items and been browsing lots of fall clothing images to get a little more excited about it. Today I’m sharing some of my favorite casual women’s fall fashion inspiration as well as a few top picks for those still filling out their fall wardrobes.