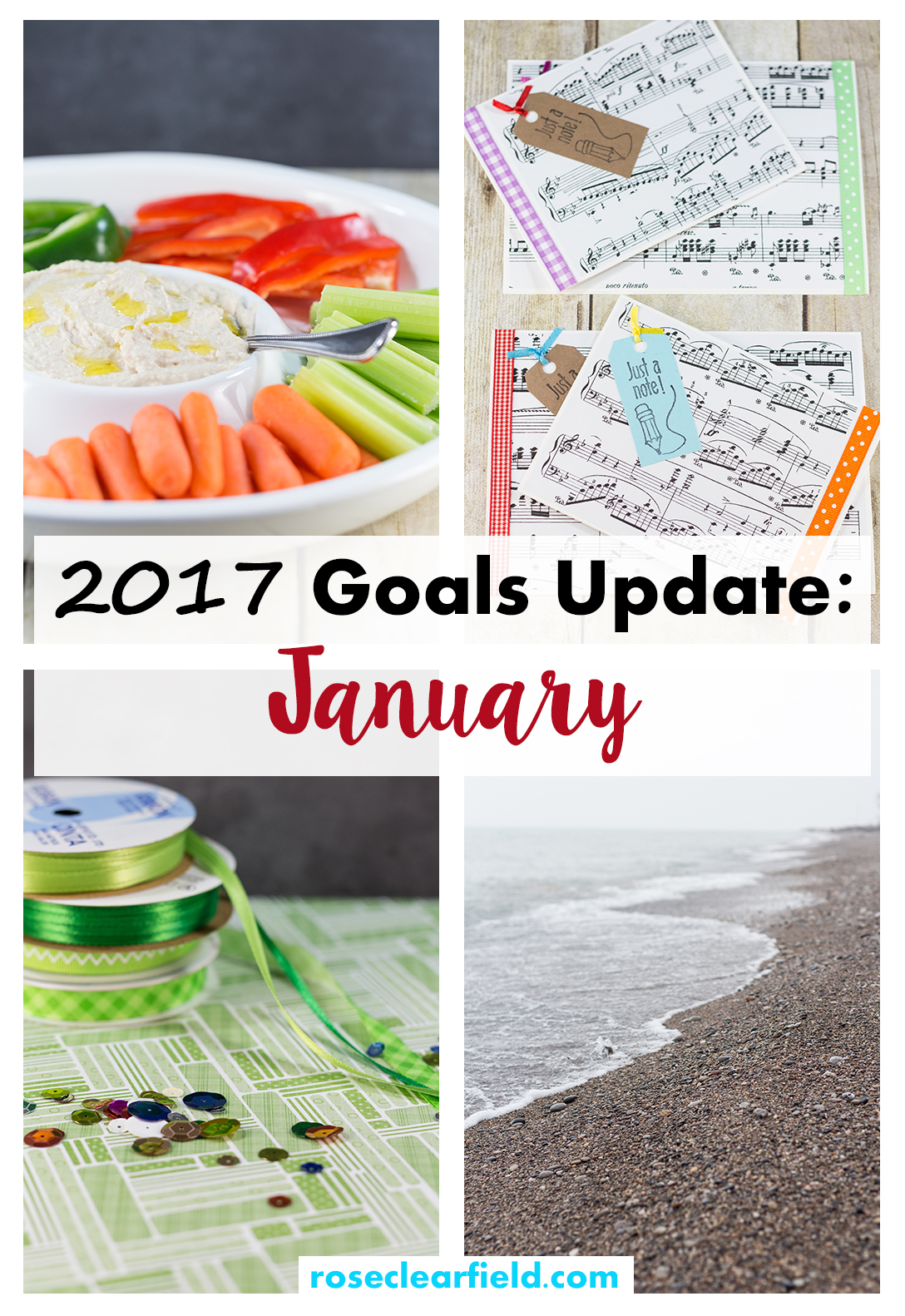 I set some really ambitious 2017 goals. In an effort to keep myself accountable, I’m sharing my monthly progress here on the blog.

The huge traffic spike about two-thirds of the way through January is from a couple of pins for this post that had a fantastic weekend and then a few very solid days. It’s the biggest traffic spike I’ve had on this blog thus far, and it’s the reason more than half of my blog post views from this month were from that post. The traffic spike also makes it look like the rest of the month I had no traffic. In reality, I averaged 80-130 views per day in January.

Needless to say, I’m so happy with my blog page views in January. This total far exceeded my expectations for the month. It’s significantly higher than my February goal. However, the huge jump in views has meant lower average session duration, higher bounce rate, and a very high new sessions percentage. I’d like to see improvements in all of those figures before I see even higher views. We’ll see how it goes for February.

In my goals post, I talked about my four primary social media strategies for 2017, which are as follows.

Overall, I’ve been pretty happy with these strategies and the growth I’ve seen thus far. Not only did I meet my follower goals for the month, but I’ve seen increased engagement and reach on both platforms. I know there’s some controversy about the usefulness of the Pinterest analytics. But I’m going to show my January Pinterest analytics so you can get an idea what sort of impressions I’m getting with my social media strategies and this number of followers. 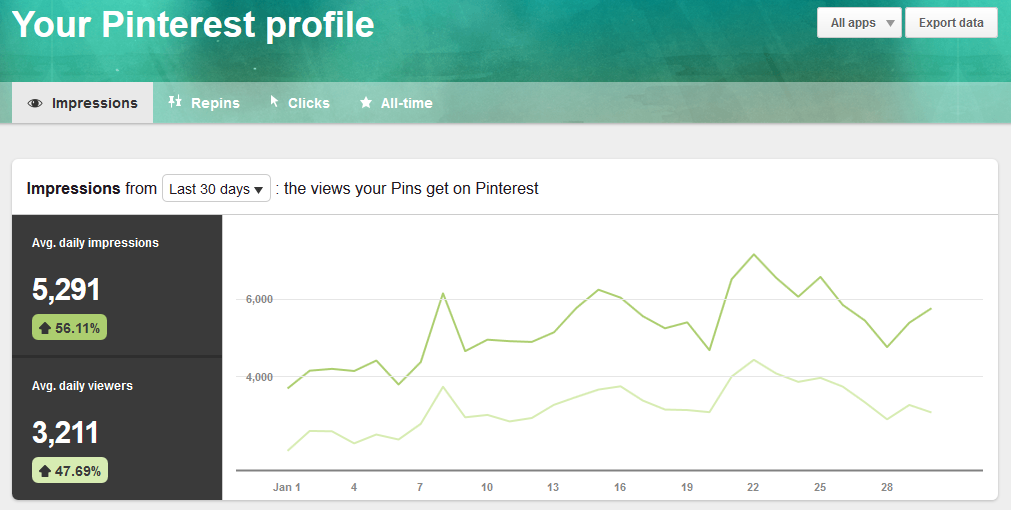 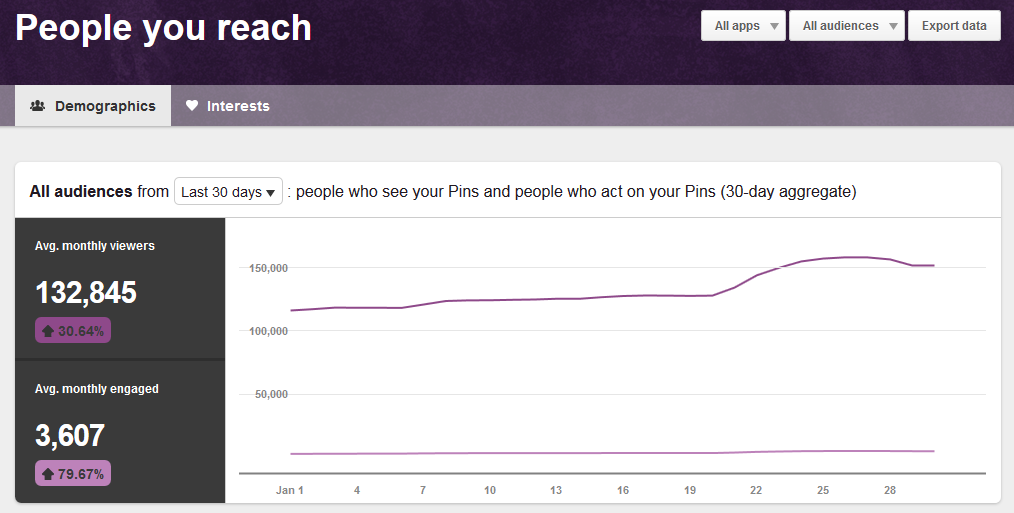 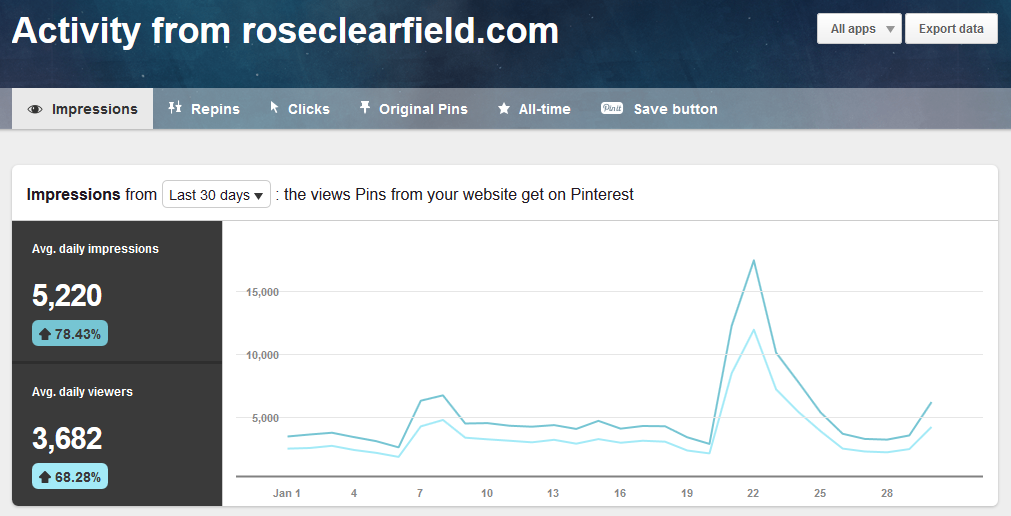 My home projects goal is my one goal that was a total wash in January. I did order a few more throw pillow covers for my office, but that’s literally the only progress I made. I mentioned in this post that this month, Jake and I were both sick. I also had a week of jury duty call, I had to work on our Milwaukee house in between tenants, and I was scrambling to finish several components for the adoption home study progress. Most of the month, I had zero extra energy for routine home tasks, much less major home projects. I’m always hesitant to say that I hope next month will be a little more normal. What month is ever completely normal, right? Regardless, I hope that I’ll be able to make some progress on this goal in February.

In January, I listened to Paddle Your Own Canoe: One Man’s Fundamentals for Delicious Living by Nick Offerman (solid), The Only Pirate at the Party by Lindsey Stirling (amazing, she’s one of my heroes), Holidays on Ice by David Sedaris (some really funny stories, but not my favorite overall collection), and Caddy for Life: The Bruce Edwards Story by John Feinstein (solid). I’m also 95% of the way through reading Rescue Road by Peter Zheutlin (great, but a tough read) and halfway through listening to Gumption: Relighting the Torch of Freedom with America’s Gutsiest Troublemakers by Nick Offerman (a bit inconsistent, but solid overall). To meet my goal, I need to read/listen to 2-3 books per month, so I knocked this one out of the park for January.

How are your 2017 goals going?
If you wrote a goals update post for January, leave a link in the comments!