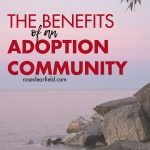 I have talked before about how one of the best parts about adopting has been meeting so many amazing adoptive moms.

After years of infertility that came with a lot of loneliness and isolation, connecting with so many adoptive families has been very empowering. Regardless of where you are in your adoption journey, there are so many benefits of an adoption community.

I know that I sound like a broken record touching on this topic again. I cannot emphasize enough how important it is to have other adoptive couples or families who “get” it. Even under the best of circumstances, a lot of your closest family members and friends won’t get it. They’ll say things that are thoughtless and at times, downright offensive.  You’ll deal with a wealth of ongoing adoption issues that they simply won’t get.

You need people who do get it and who you can talk to about these issues, as well as any number of other adoption topics. And I’m not just talking about people you can chat with briefly after semi-annual adoption events. I’m talking about people you see on a regular basis who you can text out of the blue at any time of the day. They will understand what you’re going through and never pass judgment, even when you’re really upset/angry/not acting rationally, etc.

Connecting with other adoptive families right in your area

We live in an age where it’s easier than ever to get information on virtually any topic right on your phone. Obviously, this is a huge luxury. It’s wonderful to be able to get information about adoption and connect with other adoptive families, even when you live in a remote area. However, it’s not the same as having local connections. Nothing compares to having real life connections with people you can get together with even a few times a year, if not more often.

Again, I know that this is easier said than done. We’re fortunate to live in a populated area between two major cities (Milwaukee and Chicago) and within an hour of our adoption agency. We’re also fortunate to be part of an adoption agency that encourages networking. I’ve still had to work hard to build additional adoption connections and keep them going. Play groups and moms’ nights out don’t just happen. But they’re well worth the effort.

Having support throughout the adoption process right from the start

When Jake and I decided that we were done with fertility treatments and ready to start pursuing adoption, we moved right into adoption. The first time we attended an adoption support group was within a month of our initial contact with our adoption agency.

I’m really glad that we did jump into the support side of adoption so quickly. First, we started meeting other couples right in our area who adopted. Even when you know you’re still months away from being able to adopt, it’s very encouraging. Second, you learn a lot about the adoption process right away. When you have questions, you have people to ask. Third, as part of getting certified to adopt and then keeping up that certification, you need training hours. Personally, I’d rather go to a free adoption support group in my area than do a lot of other types of training.

Introducing your children to other adopted children from an early age

I’ll be 100% honest: currently, I’m at a point where the benefits of an adoption community are largely for myself. But I’m also laying the groundwork for Tommy (and any future children we may adopt) to connect with other adopted children. Just as Tommy will always know that he’s adopted, Tommy will always be in regular contact with other adopted children. There won’t be a point in his life that he remembers being told that he was adopted for the first time or meeting other adopted kids for the first time. He may not want to talk about adoption with tons of people, which is fine. He’s also likely to find himself in any number of scenerios in which he’s the only adopted child. However, he won’t ever feel like he’s the only adopted kid in his larger community.

Many people attend a number of adoption support groups and other adoption-related events while they’re completing a home study and in the early years of parenting. Then as time goes by, they make having an adoption community a lower priority in their lives.

The benefits of an adoption community only grow over time. As your children begin to understand their adoptions, they will have lots of questions. You also never know what adoption-related issues will arise over time or when it will be helpful to reach out to other adoptive families. It may be years down the line when a relative asks a question you have no idea how to answer or your adopted child is dealing with an issue you need more resources to solve.

Beyond basic questions and minor issues, some adopted children deal with ongoing issues that stem from trauma or have other more serious adoption-related issues. In most instances, adoptive parents quickly find themselves in unknown territory. Depending on the degree/severity of the issues, they may need help really quickly. Having an adoption network greatly increases your chances of getting the help you need when you need it.

In turn, you never know when someone will need help or advice dealing with issues that you have faced or are currently facing. Being part of an adoption network will help you keep paying it forward.

Beyond having a network for adoption purposes, it’s always nice to have close connections with other parents in your area. As you get more comfortable with your adoption network, you may want to organize play dates/play groups, babysitting swaps, moms’ or dads’ nights out, kid-free couples’ nights out, family outings, and more. Put together an event for your group to get the ball rolling. You may also want poll families to find out what events they would like the most, and then go from there.

Are there any additional benefits of an adoption community that you’ve experienced? 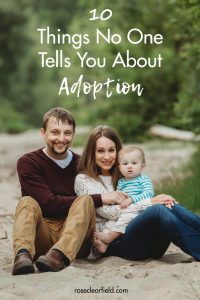 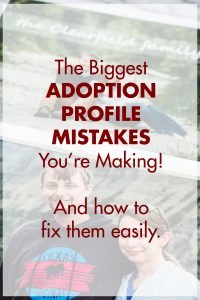 10 Things NOT to Include in an Adoption Profile 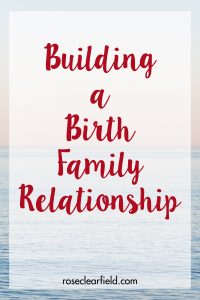