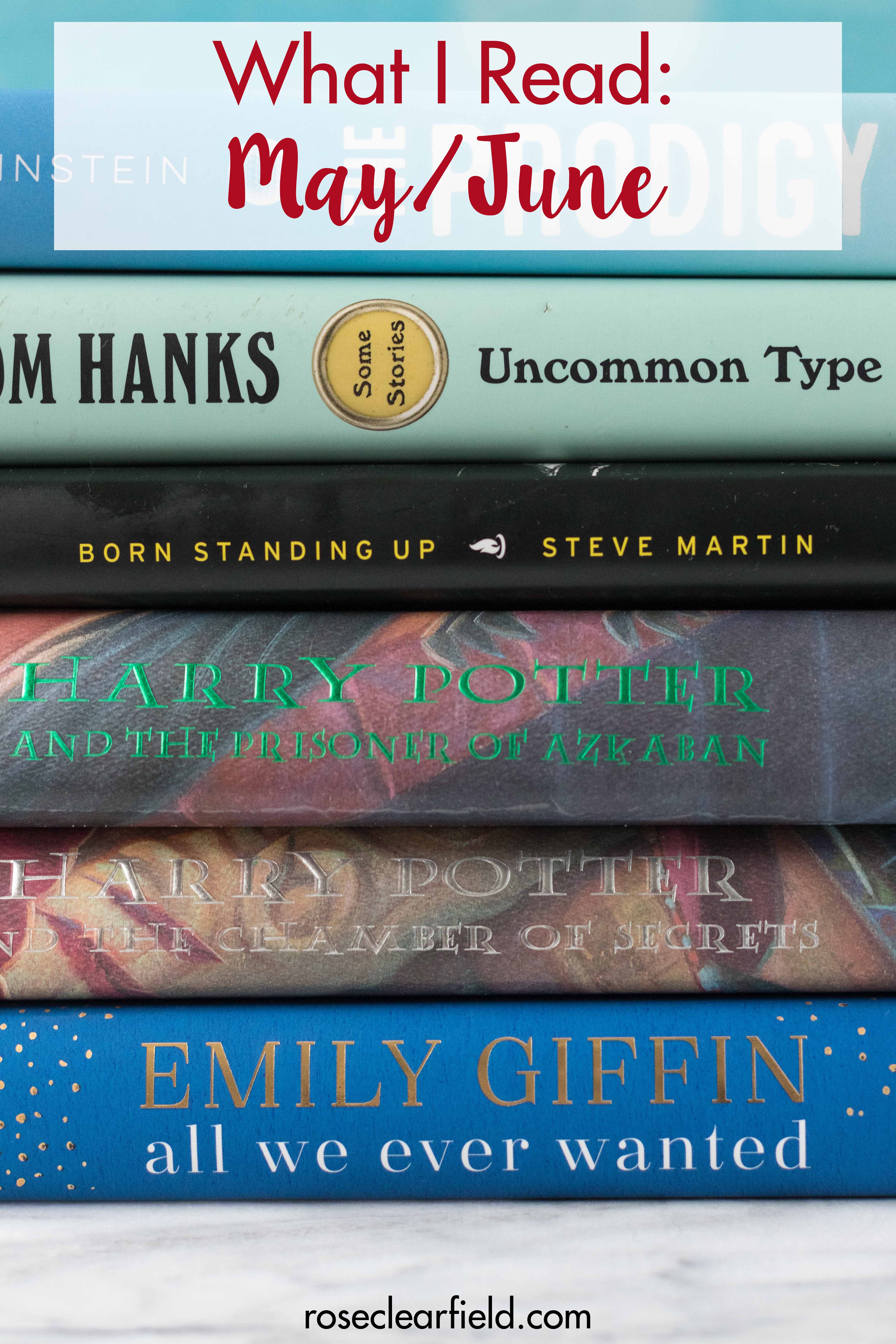 The Great Gatsby by F. Scott Fitzgerald (audiobook). The Great Gatsby is one of my all-time favorite books. I’ve read it a couple of times but not in years. I am a fan of both movies (hello, Robert Redford) and have watched the newer one (Leonardo DiCapro is pretty great, too) more recently. I decided to listen to the book this time and enjoyed it as a listen. It’s really a book that I should revisit way more often. The writing still blows me away.

My Squirrel Days by Ellie Kemper (audiobook). I expect celebrity memoirs to be pretty light, which is okay. I read a lot of celebrity memoirs and make no apologies about it. My Squirrel Days is about as light as it gets. There are some interesting elements, for sure, particularly when she talks about her experiences with The Office and Kimmy Schmidt but it’s lacking a bit. The most redeeming quality about My Squirrel Days is that Ellie Kemper is SO funny. If some of her funniest bits were standup routines, I would be crying laughing.

The Other Wes Moore: One Name, Two Fates by Wes Moore (audiobook). The Other West Moore is one Wes Moore’s telling of the parallel lives that he and another man, also named Wes Moore, have lived. Both men grew up at the same time in similar, nearby neighborhoods with a lot of similar circumstances, but their lives took very different paths. It’s a fascinating story and one that makes you think about how your own life could have gone very differently if the circumstances had shifted a bit or you make a few different choices.

Limelight by Amy Poeppel. Limelight has such a ridiculous, cliched opening premise that I almost gave up on it. Don’t give up on it. Limelight is so good, one of the best chick lit books I’ve ever read. I love where Poeppel takes this story. The characters really grow on you. The only thing that I’m left disappointed about is that the musicial in the story isn’t real. It feels like it should be a real musicial and now I want to see it ha.

Steal Like an Artist: 10 Things No One Told You About Being Creative by Austin Kleon. Steal Like an Artist is a fantastic quick read for anyone in a creative field. Kleon shares lots of truths about being creative that far too few people are talking about and actionable tips to stay true to yourself, stay motivated, and keep from getting burned out or sucked into the competition game. This is the sort of book that you read and then give away your copy to someone else who you know will love it. Then you buy a few more copies and give them away as well because it makes such as a great little gift.

Fer-de-Lance by Rex Stout. I started Fer-de-Lance way back when we were on our Mediterranean cruise and just never got around to finishing it. Never a good sign, right? It was a decent book but not especially compelling.  It’s set in a completely different era, which can be interesting, but it didn’t help keep my interest. I was hoping to get into this series because I really need a few more go-to fiction options to mix up my reading routine. But I’m going to have to keep looking.

Educated: A Memoir by Tara Westover (audiobook). Educated 100% lives up to its hype and is easily one of the best books I’ll read all year. Tara Westover is a fantastic writer, and there’s no doubt that she has a truly unbelievable story to tell. It’s one of those books that you get sucked into and just have to keep reading. If you haven’t read it yet, pick up a a copy or get in the library queue right now.

A Load of Hooey by Bob Odenkirk (audiobook). A Load of Hooey in the only book I’ve read thus far in 2019 that I absolutely wouldn’t recommend to anyone. It’s just bad. I am not above tasteless humor. I love David Sedaris and am a big fan of TV shows like Family Guy, Archer, and It’s Always Sunny in Philadelphia. Odenkirk is striving for this type of humor, but the stories aren’t funny. I found myself wanting to skip ahead a few times because it got so cringeworthy. Very disappointing.

The Adventures of Tom Sawyer by Mark Twain (audiobook). Now that I’ve read Huck Finn once (years ago) and listened to Huck Finn once (much more recently), I finally got around to listening to Tom Sawyer as well. Huck Finn is the much better book, for sure, but it was interesting to get more of Tom’s backstory.

The Library Book by Susan Orlean (audiobook). The Library Book is a fascinating read. I can see why it’s so popular. The only reason The Library Book is 4 stars instead of 5 stars for me is that it’s all over the place. Orlean intersperces the alleged Los Angeles Library arsenist’s story with decades of Los Angeles history in a seemingly random fashion. As with memoirs that aren’t told in chronological order, it makes it difficult to keep up with the timeline. It’s still well worth the read, despite the slight confusion. 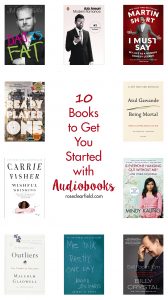 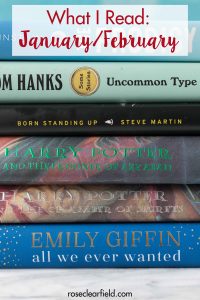 What I Read: January/February 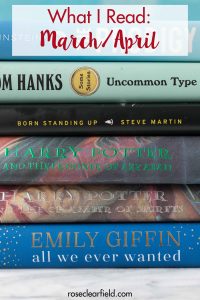 What I Read: March/April