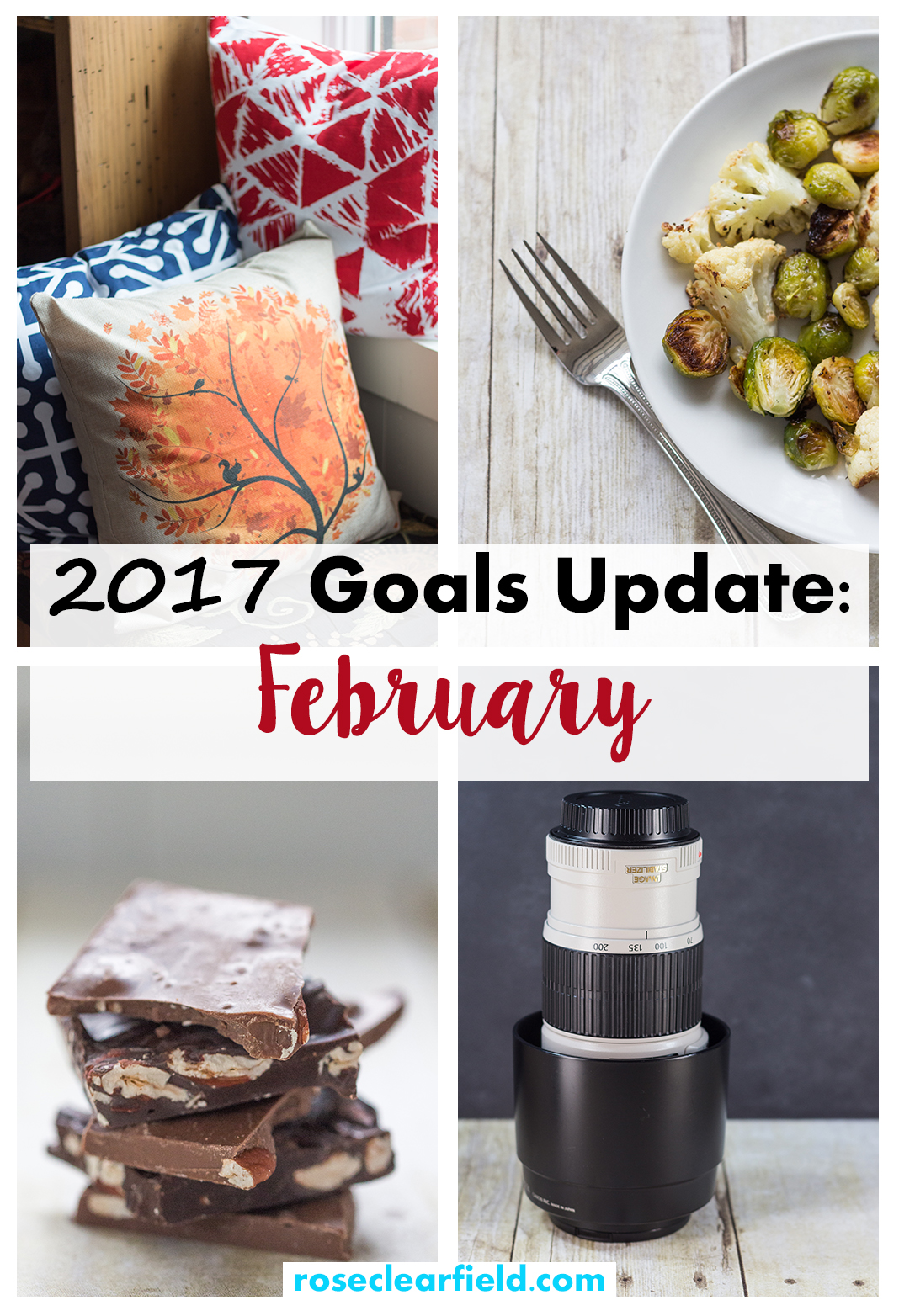 I set some really ambitious 2017 goals. In an effort to keep myself accountable, I’m sharing my monthly progress here on the blog.

Aside from the few high traffic days at the beginning of the month, my traffic in February wasn’t great. After such a fantastic January, it was definitely disappointing. I was hoping to see some major traffic for Valentine’s Day, and I just didn’t. I’m trying to focus on the bigger picture and not think of February as some huge setback because it definitely wasn’t. My February page views were still above my December 2016 page views, even with three fewer days in the month, and were considerably higher than my October and November 2016 page views.

In my goals post, I talked about my four primary social media strategies for 2017, which are as follows. 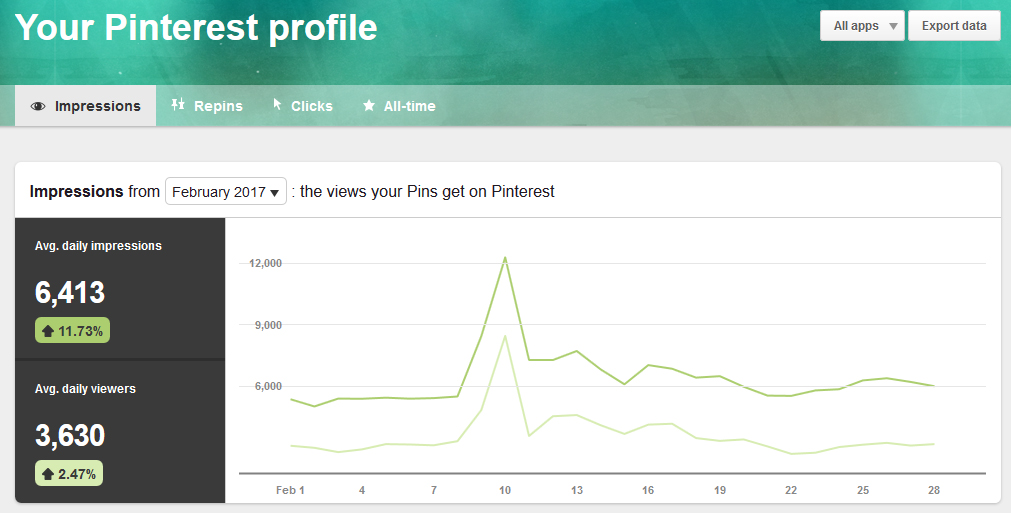 I don’t know why Pinterest is showing down arrows. My January 2017 numbers were 133,597 average monthly viewers and 3,647 averaged monthly engaged. 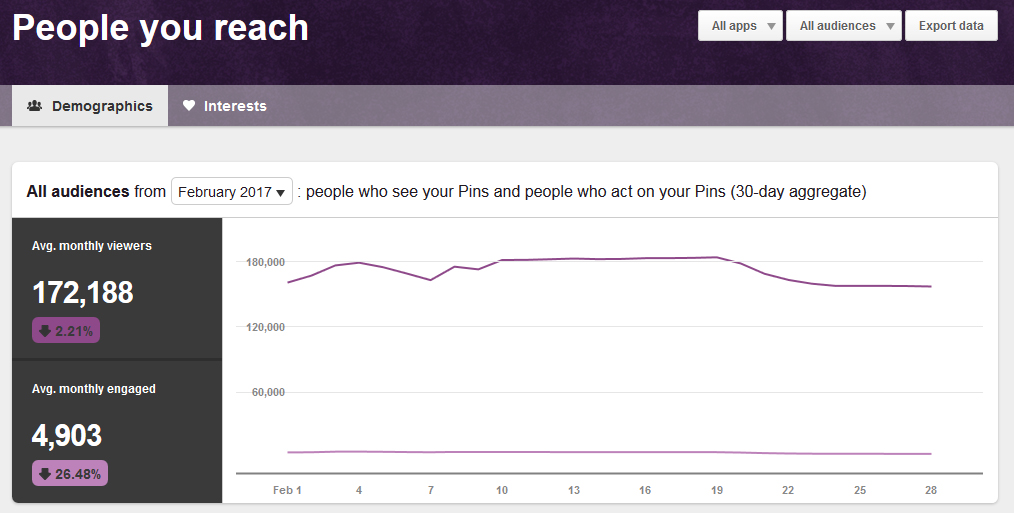 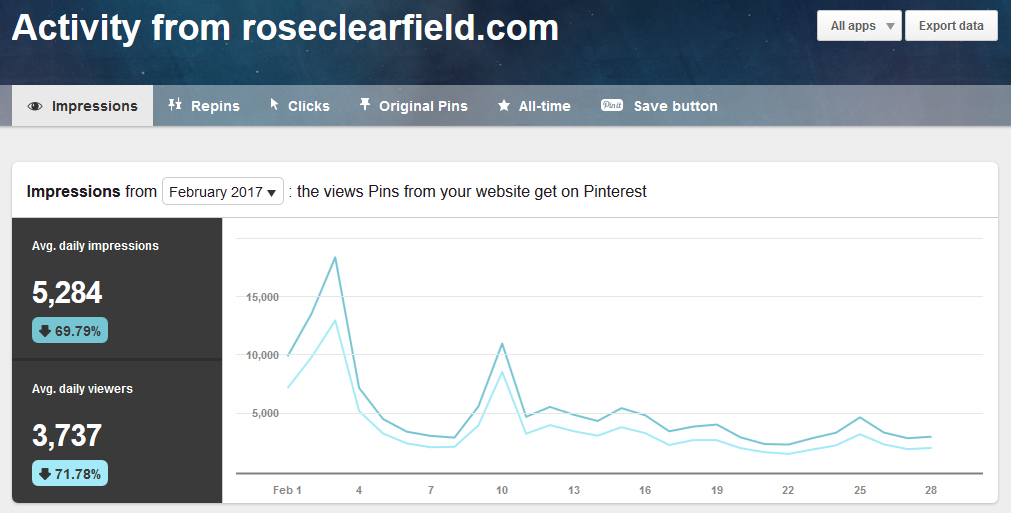 In March, I’m modifying my social media strategy slightly and switching the majority of my scheduled pinning from Boardbooster to Tailwind. I have a free month credit via a referral and am curious to see if it makes any difference. After my drop in traffic this month, I’d be experimenting with it anyway. But I’m also frustrated with a few aspects of Boardbooster and am hoping I’ll be happier with Tailwind.

After January was a total wash with this goal, it felt great to make a little progress in February. This month I accomplished the following tasks.

I did hit my goal of 1,200 photos this month (I actually went slightly over it) because I did a better job keeping close track of this goal this month than I did in January. Also, I’ve continued to keep up with my 2017 editing, exporting, and backing up. I do have a few in progress folders from 2017, but I’ve edited the majority of the photos in those folders already. 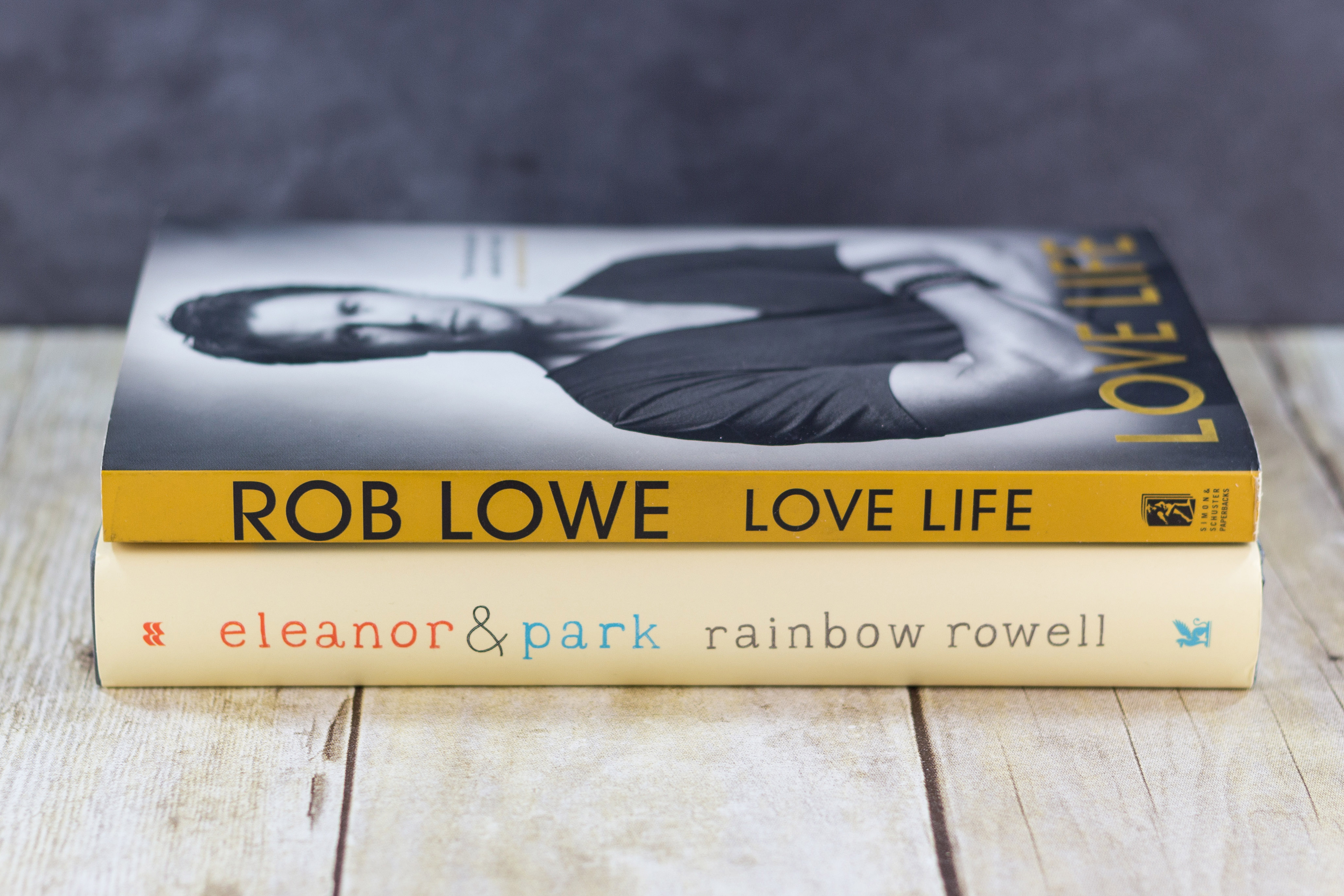 In February, I finished listening to Gumption: Relighting the Torch of Freedom with America’s Gutsiest Troublemakers by Nick Offerman (a bit inconsistent, but solid overall) and listened to Last Dance by John Feinstein (solid), Tales from Q School by John Feinstein (okay, but not his best), The Residence: Inside the Private World of The White House by Kate Andersen Brower (so interesting), Neil Patrick Harris: Choose Your Own Autobiography by Neil Patrick Harris (funny, plus I love the creative concept), and 41: A Portrait of My Father by George W. Bush (solid, I got more out of it having just visited the Bush Presidential Library). I finished reading Rescue Road by Peter Zheutlin (great, but a tough read) and read Love Life by Rob Lowe (really good, I enjoyed both of his books a lot) and Eleanor & Park by Rainbow Rowell (really good, it lived up to the hype). 2017 running total: 13 books. To meet my goal, I need to read/listen to 2-3 books per month, so I’m continuing to knock this goal out of the park.

A couple pieces of news!

How are your 2017 goals going?
If you wrote a goals update post for February, leave a link in the comments! 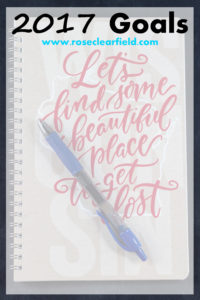 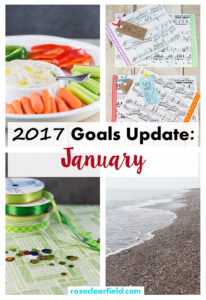