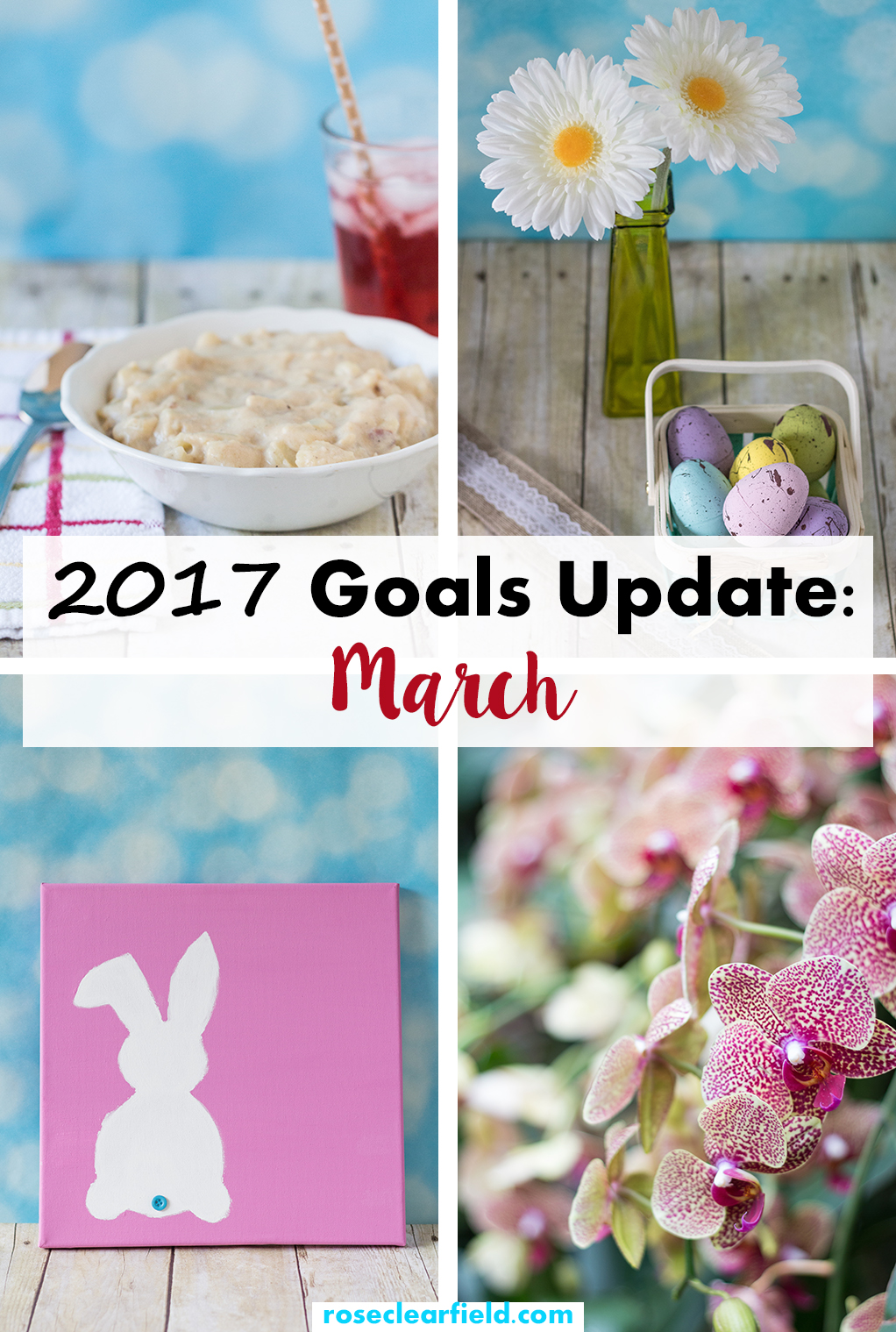 I set some really ambitious 2017 goals. In an effort to keep myself accountable, I’m sharing my monthly progress here on my the blog.

As you can see from the analytics screenshot, I had a Pinterest traffic spike in the middle of the month with this post and have seen (mostly) higher traffic numbers since then (higher than the beginning of March, anyway). After such a disappointing traffic month in February, it was definitely exciting to see such a boost this month. March was my highest traffic month to date. 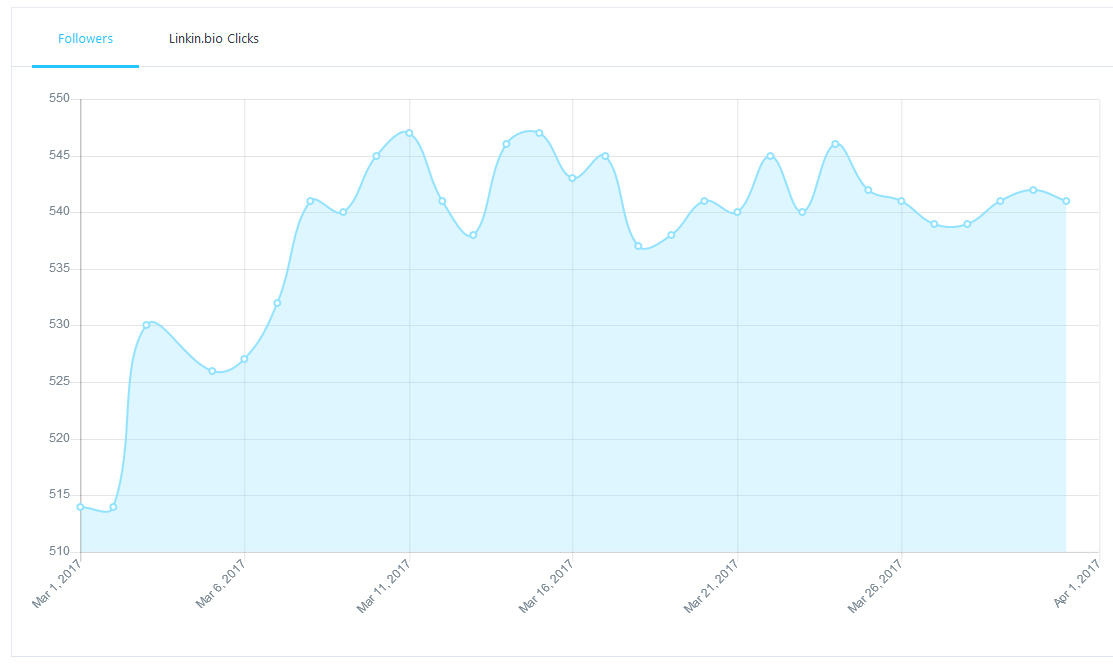 (This graph is from the analytics section in the pro version of Later.) Unfortunately, my Instagram growth (and engagement) really flatlined in March. I didn’t change my strategy at all this month, but I couldn’t seem to get that number up. I am up slightly from the end of February (514 followers), but this lack of growth is disappointing.

I know that I’m not alone. If you struggled on Instagram this month, too, I definitely sympathize. I don’t think this has happened to me, but it is 100% happening to a lot of Instagram users. And the platform’s response is less than encouraging to say the least.

On the plus side, I do have a lot of awesome followers who are liking and commenting on my Instagram pics every. single. day. If you’re among that list, thank you!

I’m still using the following social media strategies, which I outlined in my goals post.

I mentioned in February that I’d modified my social media strategy slightly and had started using Tailwind alongside Boardbooster. I really didn’t want to pay for Tailwind and Boardbooster, especially because I also pay for Later, but I am. Tailwind is the better program, but there are a few features of Boardbooster I don’t want to give up. I had a lot of content scheduled on Boardbooster (which I wasn’t going to re-schedule in a new program because no one has time for that) and am still making the full transition to this new social media scheduling routine. My plan for using both programs is as follows.

I also do some live pinning because it seems to help my Pinterest engagement. I live pin content I come across while randomly browsing Pinterest (that I would pin anyway, regardless of whether I’m trying to grow my Pinterest presence) and/or that fits into boards not directly related to my blog (i.e. Amazing Cats, Turquoise and Red).

Here are my Pinterest Analytics for March. The numbers are all over the place, largely due to the mid-month traffic spike, but my averages are all up from the previous month. (Here’s my February update if you want to compare.) 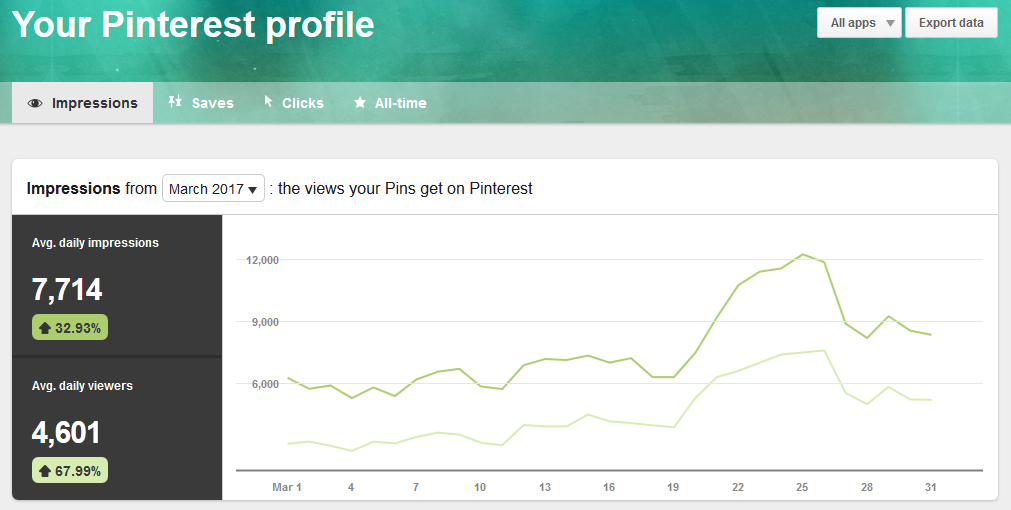 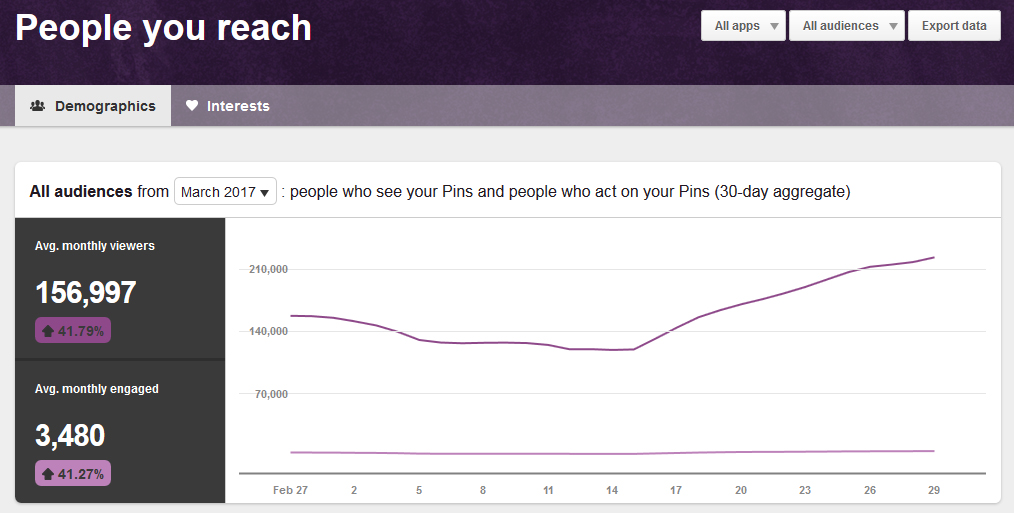 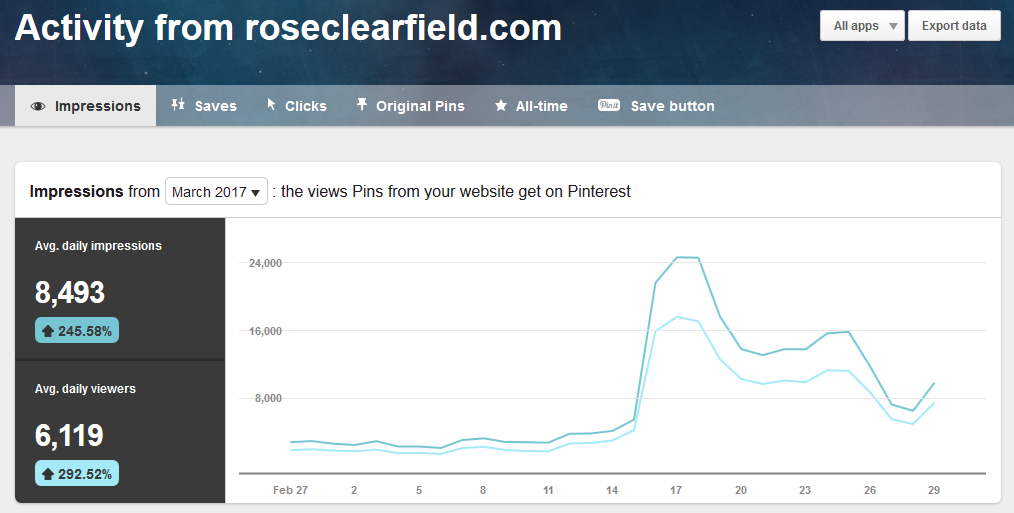 This month I accomplished the following tasks for this goal. 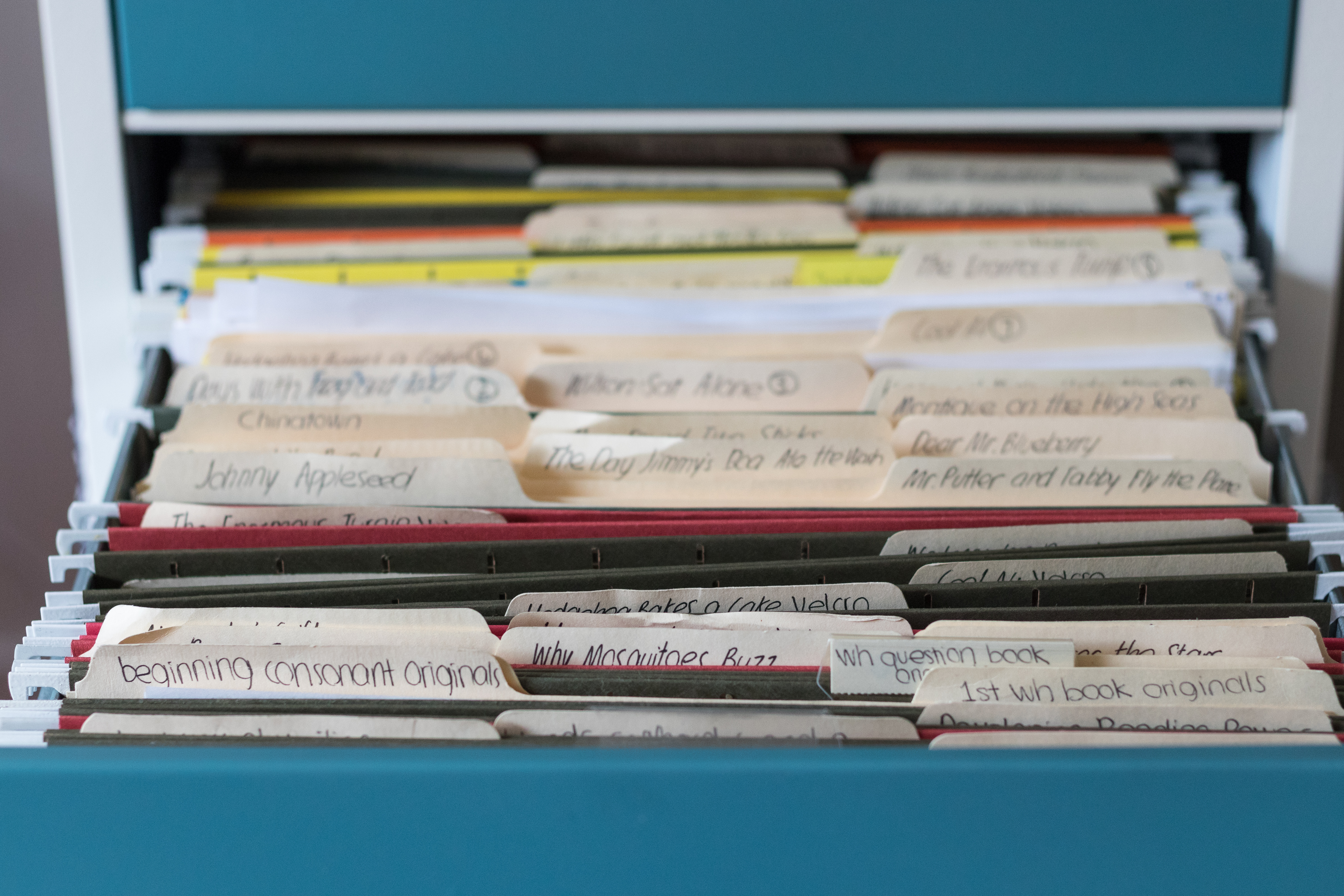 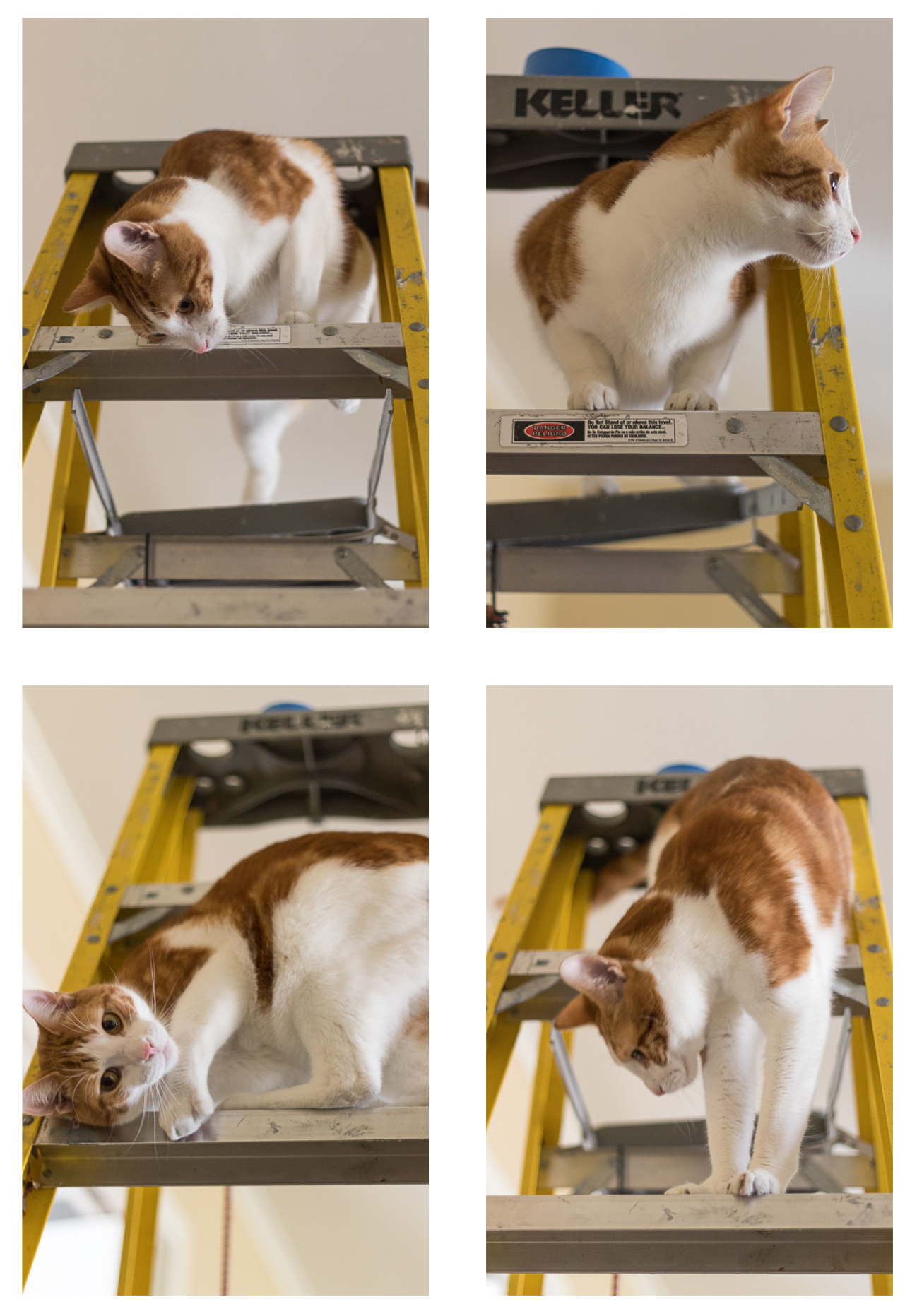 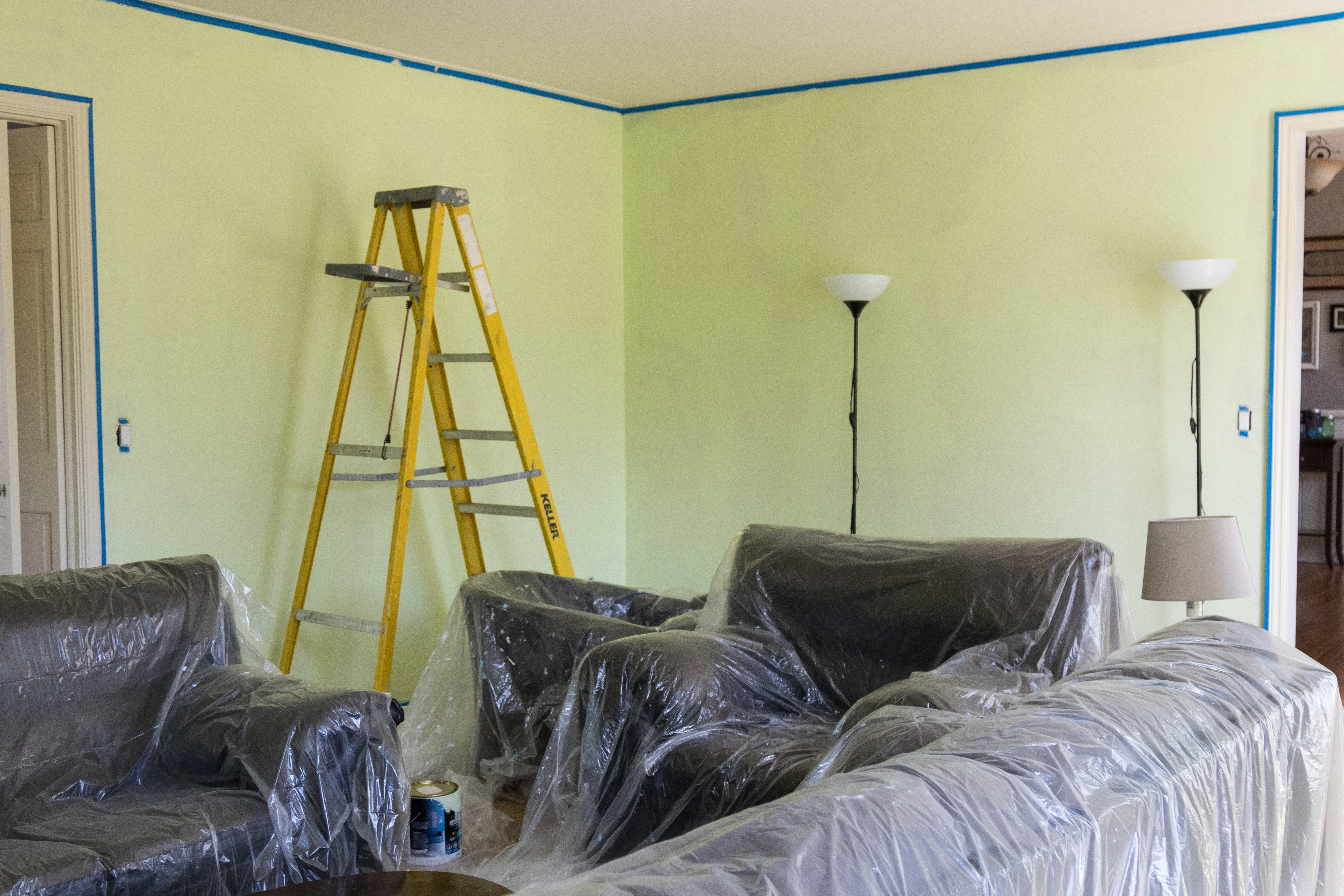 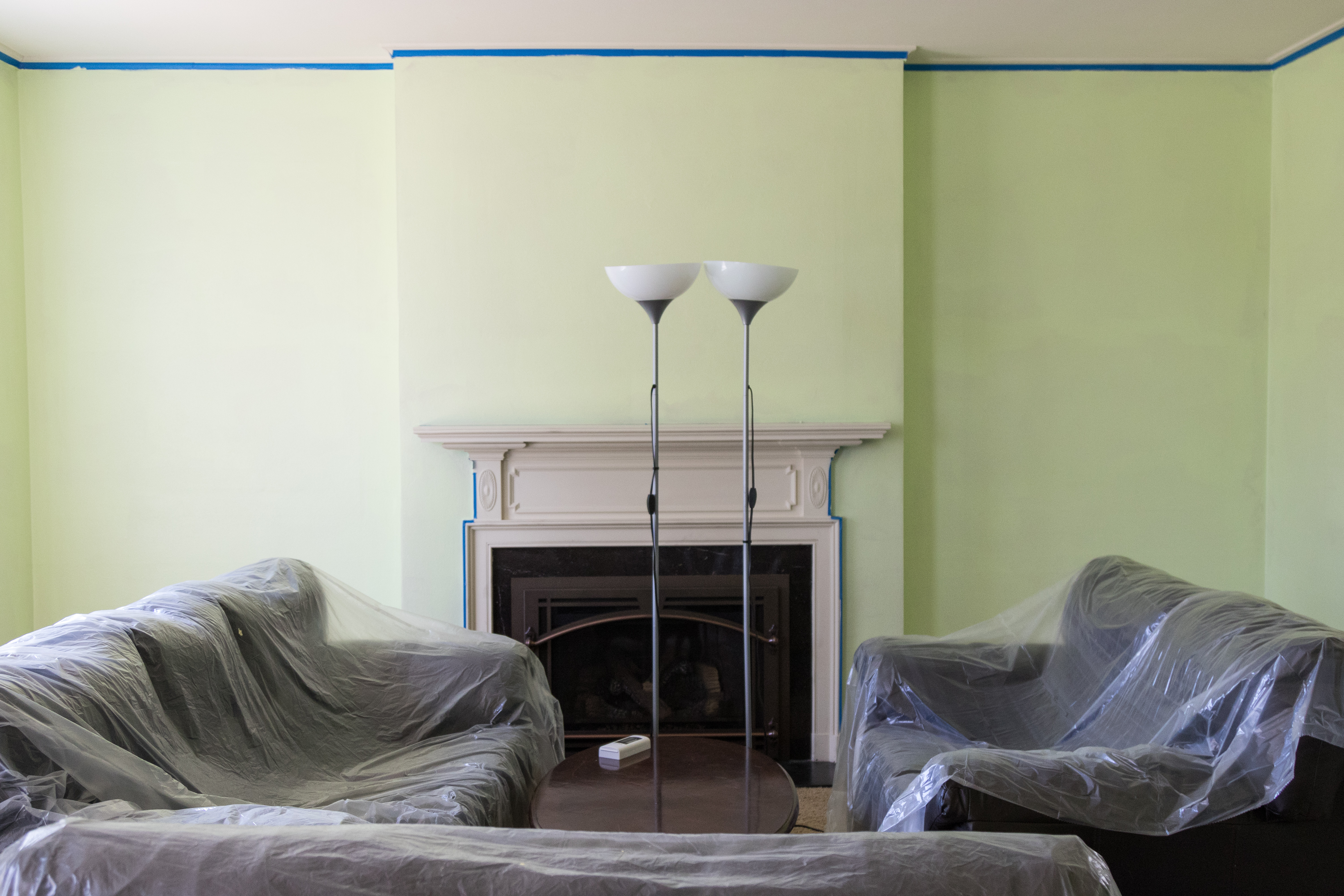 I learned my lesson in January about not keeping close track of this goal and have done a better job keeping track of it throughout each month since then. In January and February, I was primarily exporting and backing up photos I’d already edited but just never cleared out of Lightroom. I did a lot more editing in March. Also, I’ve continued to keep up with my 2017 editing, exporting, and backing up. I do have a few in progress folders from 2017, but I’ve edited the majority of the photos in those folders already. 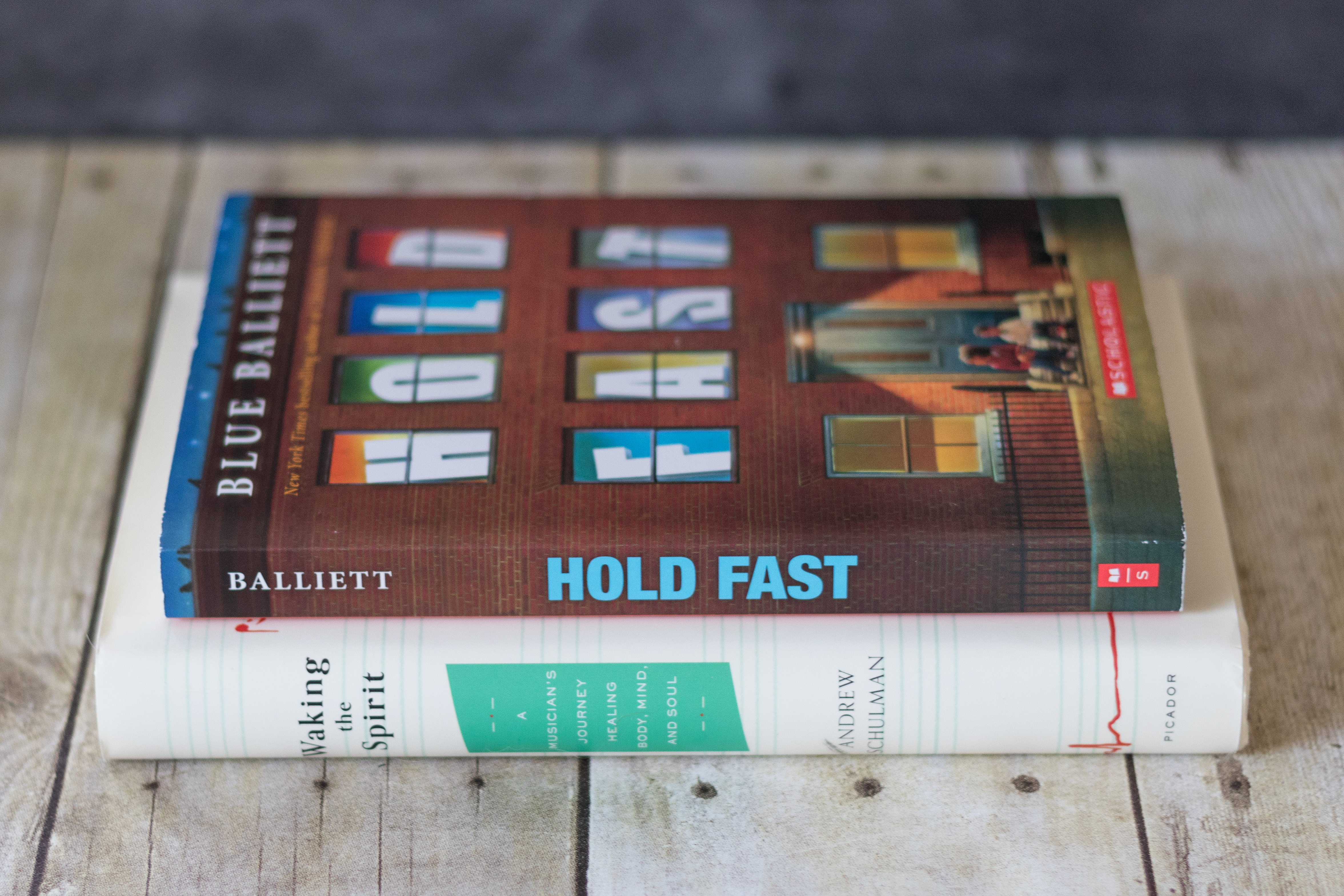 In March, I listened to nine (yes, nine!) audio books and read one book. This brings my running total for 2017 up to 23. To meet my goal, I need to read/listen to 2-3 books per month, so I’m continuing to knock this goal out of the park. I want to talk about the books I’m reading but also don’t want this goals post to be 2,000+ words long. So I’ve decided to write a separate post about what I read in March. Stay tuned Thursday!

How are your 2017 goals going?
If you wrote a goals update post for March, leave a link in the comments!