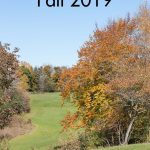 Today I’m sharing just a few of the things I’ve been loving this fall!

Many of you know that my all-time favorite boots are the now discontinued tall lace-up boots with a side zipper from Target. I raved about them for three years straight and still wear mine all the time. You can see a picture of them in my original gift ideas for her gift guide. Target has the next best thing available now: combat boots. I have them in both brown and black and have gotten a ton of wear out of them this fall. They are insanely comfortable right out of the box and are so versatile. I am partial to tall boots, but these combat boots rival my favorite tall boots.

How much fun is the print for this houndstooth fleece jacket? It’s a great jacket, but the houndstooth design definitely takes the aesthetic up a notch. During the fall, in the Midwest, this type of jacket goes from being a perfectly acceptable outerwear layer to something you throw on over two other layers so you don’t freeze in your own house basically overnight. I did get some wear in it outside before the weather turned and will be throwing it on over layers all winter. The houndstooth is also available in a puffer vest! I don’t wear vests nearly as often, but I have the vest and love it, too.

On the flip side, it got so cold so quickly in November that I’ve already gotten quite a bit of wear out of my new jacket, the Orolay women’s thickened down jacket. A lot of you know that I ditched my last winter jacket because I busted the zippers on two brand new coats from a reputable brand in three winters’ time. I’m still getting used to the pocket layout of the Orolay coat but love the warmth and overall fit. I’ve gotten a ton of compliments on it already. I’ve also had more than one stranger ask me if it’s “that Amazon coat” and then want to know if it’s worth getting. Yes, it is that coat! Go check it out. Orolay has a handful of other styles on Amazon as well.

We drink pumpkin spice tea every fall and through a lot of the winter, too. There are a few brands that offer a pumpkin spice flavor and are good. On a whim, I ordered Twinings of London pumpkin spice Chai tea for the first time, and it blew me away. I still like the other brands, but Twinings has been my go-to for the past couple of months. It smells exactly like pumpkin pie and satisfies that craving for something sweet in the late afternoon or after dinner.

I didn’t really get the whole “now I don’t watch TV” phenomenon of parenthood until I become a parent. Now that I have a toddler who only wants to watch Peppa Pig (and I mean ONLY wants to watch Peppa Pig these days), we’re struggling to find time to fit in new shows. Jake and I both have other hobbies we enjoy a lot more and are so tired by the time we head to bed we don’t want to start an hour-long episode. So I’m not sure when I’m ever going to get to the new seasons of Jack Ryan and The Crown.

BUT. We finally finished the second season of Cobra Kai, and all I can say is wow. I’m still in shock of the ending and really the entire story arc of the second season. I’m very curious to see where they’ll go from here. We’ve also been watching the new season of It’s Always Sunny in Philadelphia, and it’s so good as always. I can’t believe that they’re still going so strong 14 seasons later. We’re also keeping up with Rick and Morty. It’s just a few episodes into the new season now, and it’s good, too.

Otherwise, we’re still watching MxR Plays like it’s going out of style. We haven’t missed a video since I posted about it this spring. It’s exactly what I feel like watching at the end of the day. Among other things, it helps me stay in the loop on Internet memes and a ton of other content I’d never look up myself. Yeah, I finally saw trombone guy four years later, but at least now I’ve seen it.

I just started taking flaxseed oil capsules a few weeks ago on a recommendation that they can help dry hands. You all know that I struggle like crazy with dry hands in the winter. I’m always looking for new products to combat extreme dryness and cracking. I was skeptical but feeling a little desperate, as my hands have already been terrible this fall while I’ve still been battling fall allergies. My mind is blown by what I difference flaxseed oil makes. I’ve still been working to heal up some pre-flaxseed cracks. But my hands so much better than they normally are during the dry months. I’m very excited to see how it goes this winter.

What have you been loving this fall?

Feel free to leave links in the comments!