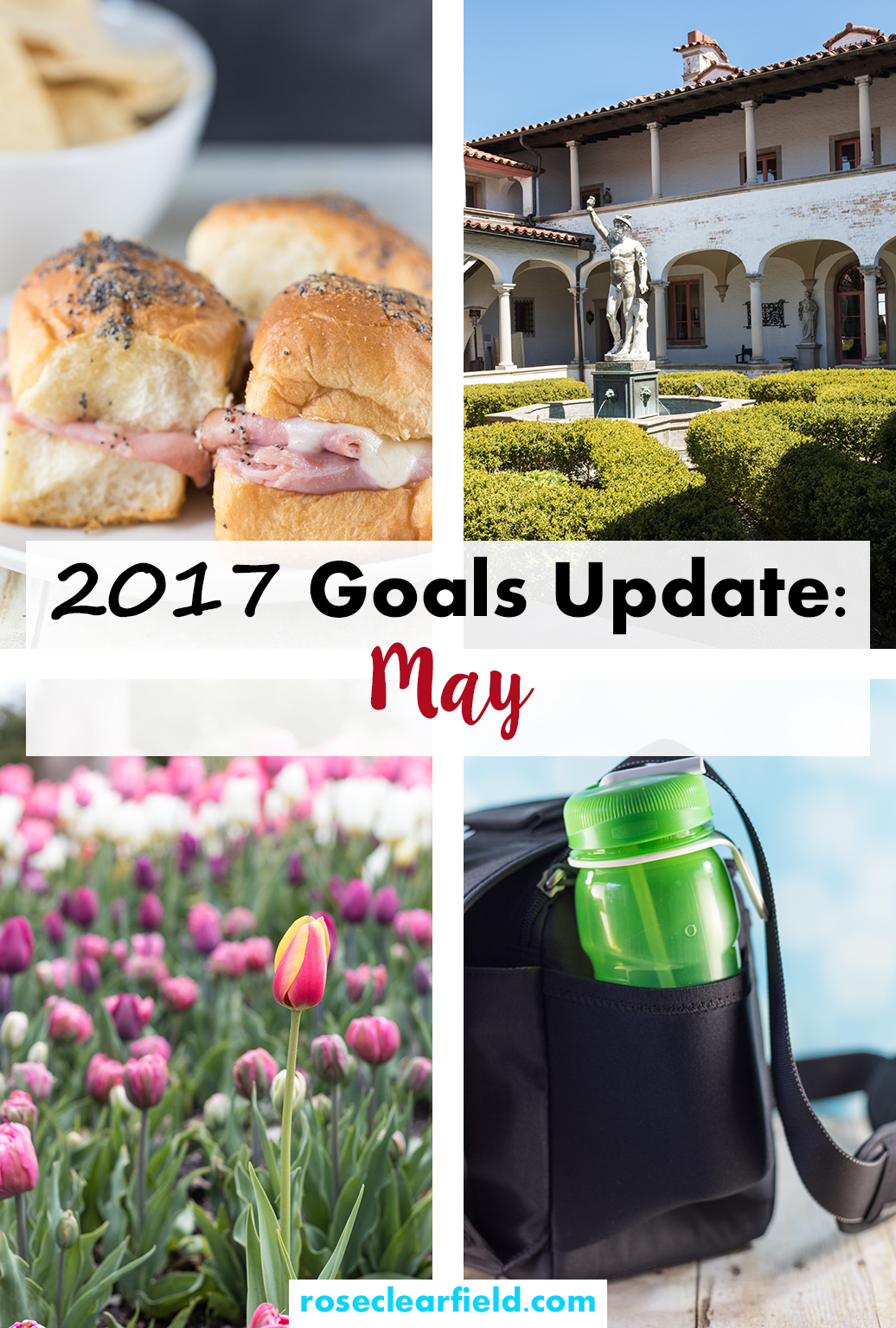 I set some really ambitious 2017 goals. In an effort to keep myself accountable, I’m sharing my monthly progress here on my blog.

I’m posting my May update late because Jake and I just got back from a two-week trip to Europe. It was a fabulous trip, really a once in a lifetime vacation. I’ll be sharing lots of details about it (plus, of course, a ton of photos!) in the coming weeks.

To reach 10K visitors by the end of December 2017, I need to increase my page views by about 570 per month. Here are my monthly blog page view benchmarks and actual views thus far in 2017.

As you can see, my May figures were down quite a bit from March and April. I didn’t have any new posts that really took off, and I only had a couple of Pinterest spikes, all from this post, right at the end of the month. I was publishing and promoting posts as usual right up until our trip. But a number of other tasks were pulling my attention, and some blog promotion did take a backseat. I’ve had too many other things happening lately (and no, that’s not code for baby) to let it get me down too much right now. 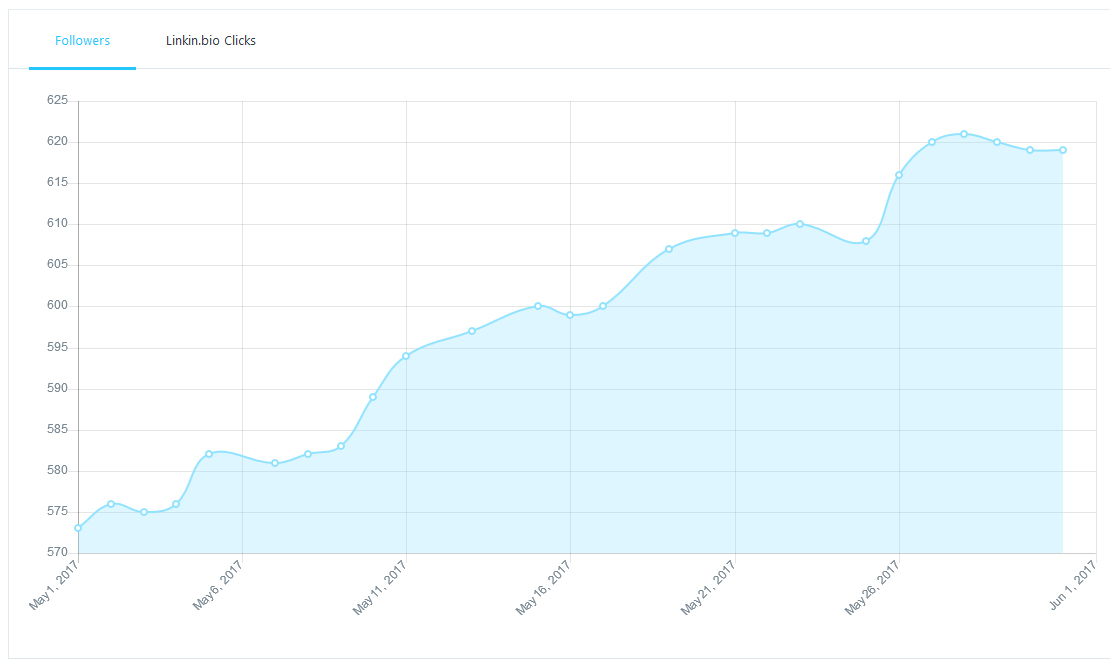 (This graph is from the analytics section in the pro version of Later.)
My Pinterest followers have continued to grow well beyond my projected figures, which is great. I’m about a month behind my Instagram projection. But I had much better growth in May than I did in March or April.

I am still using the following social media strategies, which I outlined in my original 2017 goals post.

I’ve also been trying to interact more with my Instagram feed and follow more Instagram accounts, which I think has helped with my growth. Let me be clear that I’m NOT playing the follow/unfollow game. At most, I’m following 3-4 new accounts at once, and I’m not unfollowing anyone.

Here are my Pinterest analytics from May. This is the first month in 2017 that I’ve seen a significant drop in numbers, particularly for people you reach. As many of you know, recently Pinterest has made a number of changes to their algorithm, which I think is contributing to the major drop. It’s tough to see this sort of plunge, but I have to believe my numbers will improve again. Revisit my April update to compare the numbers. 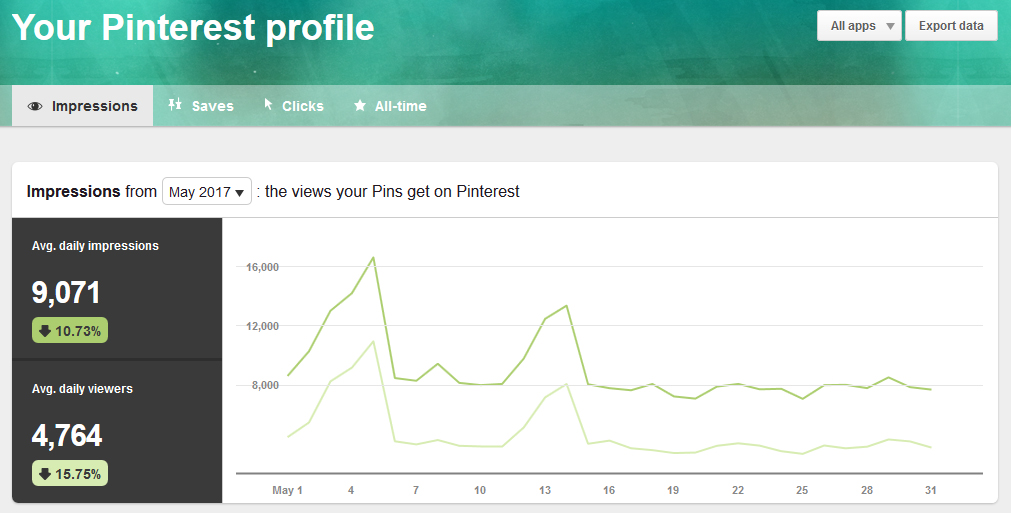 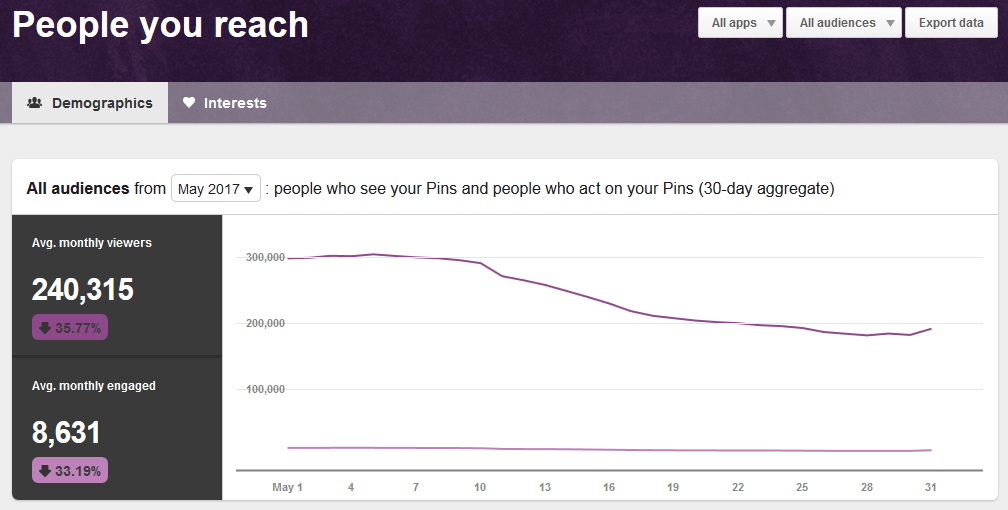 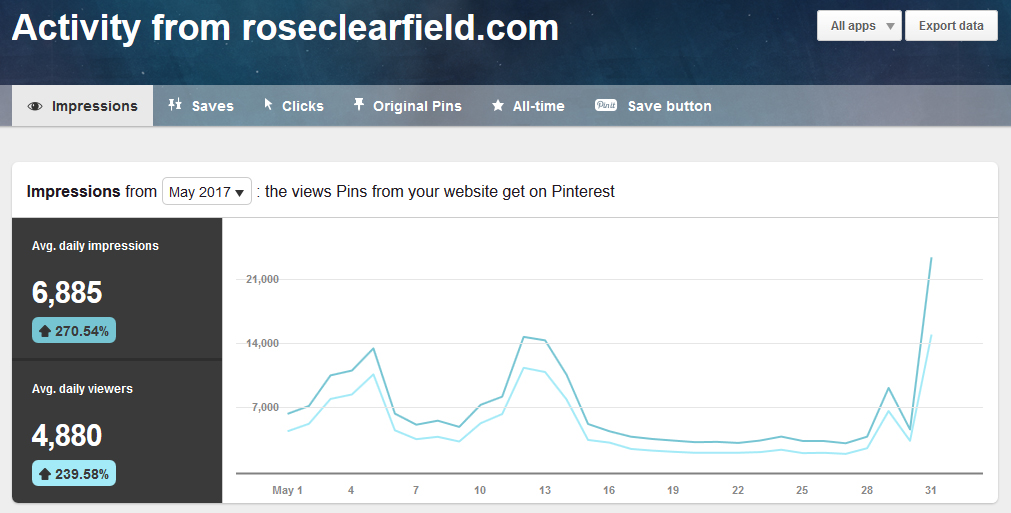 I didn’t tackle any major home projects in May. All of my extra energy went into finishing up work before our trip, scheduling blog content and social media posts several weeks in advance, and taking care of other pre-trip tasks (i.e. last-minute errands, getting ready for the house/cat sitter, etc.). We did get the front exterior lighting installed in May (following the landscaping, you can read more about it in last month’s goal update). 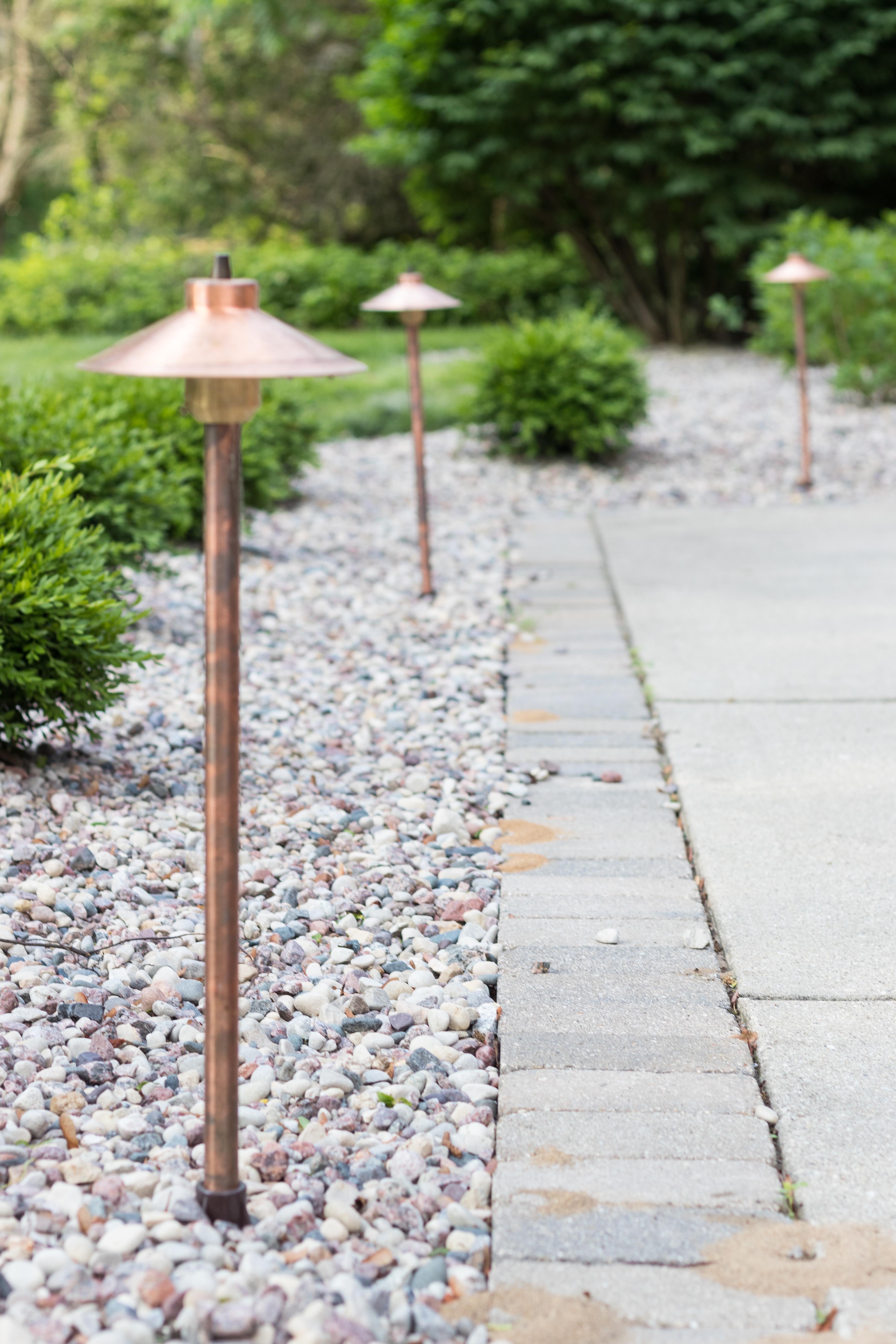 I was going to get an exterior shot with the house lit up at night for this update, but the power went out as I was finishing up the post. I’m already publishing it late and didn’t want to wait another night to get that shot. I may include one in a future goals update. (You can also ignore all of the ant hills that popped up while we were out of town.)

Before we went on vacation, I did finish up my work in the guest bathroom, in preparation for having friends visit in a couple of weeks. But that was about it. I still haven’t finished up the final tasks in the living room or started any new projects.

With our friends visiting later this month, I’m back in the getting ahead on work and scheduling content and social media routine and working to maintain something of a regular household routine without any major home projects. I’ll be picking up this goal again more seriously in July and August! 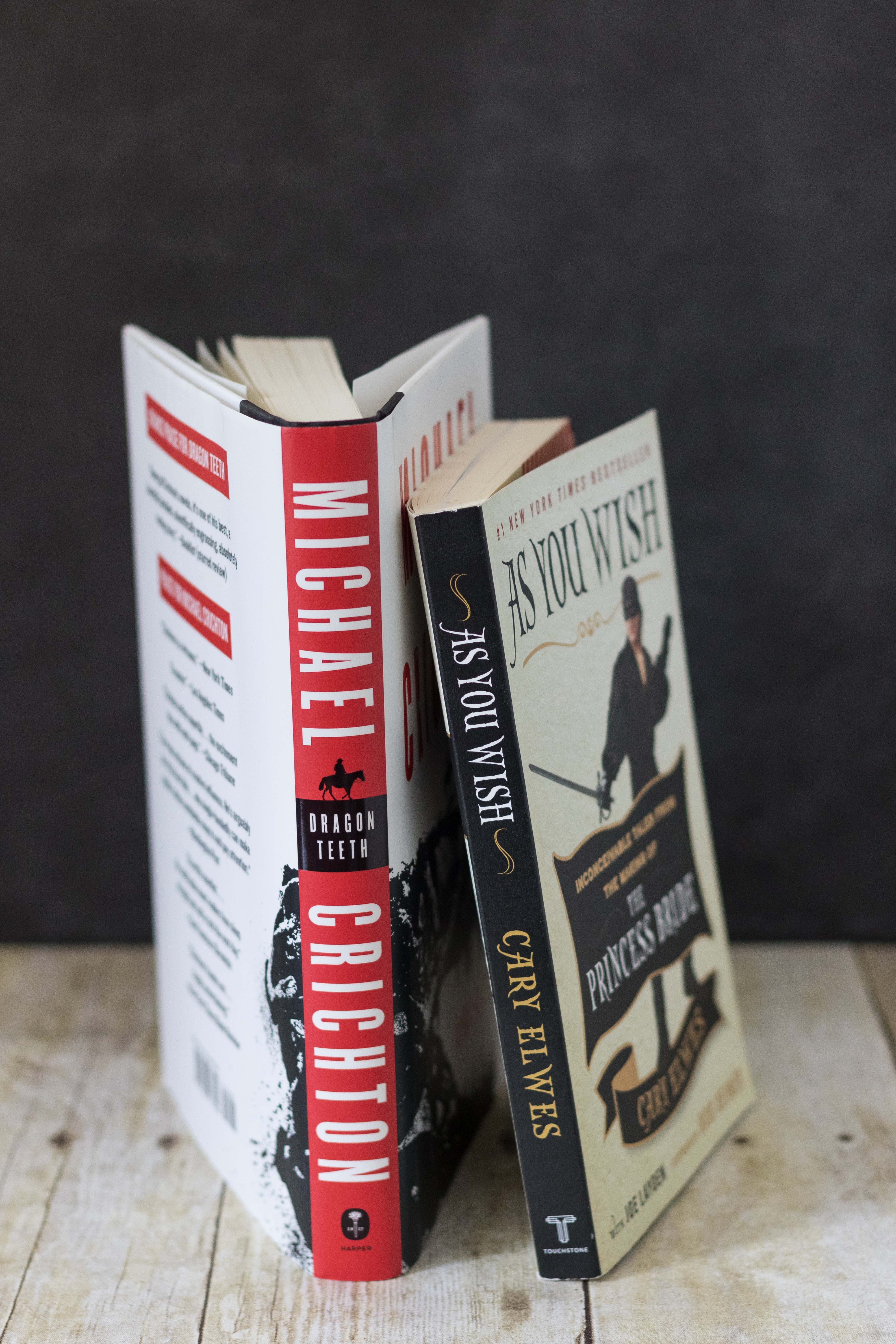 In May, I listened to six audio books and read two books, bringing my running total for 2017 up to 38 books. I’m really enjoying writing separate posts about what I’ve been reading and will have another one for May. Stay tuned for that post tomorrow! I’m going to continue to talk about the books I’m reading in future goal updates as well, even though I’ve met this goal.

How are your 2017 goals going?
If you wrote a goals post for May, leave a link in the comments!