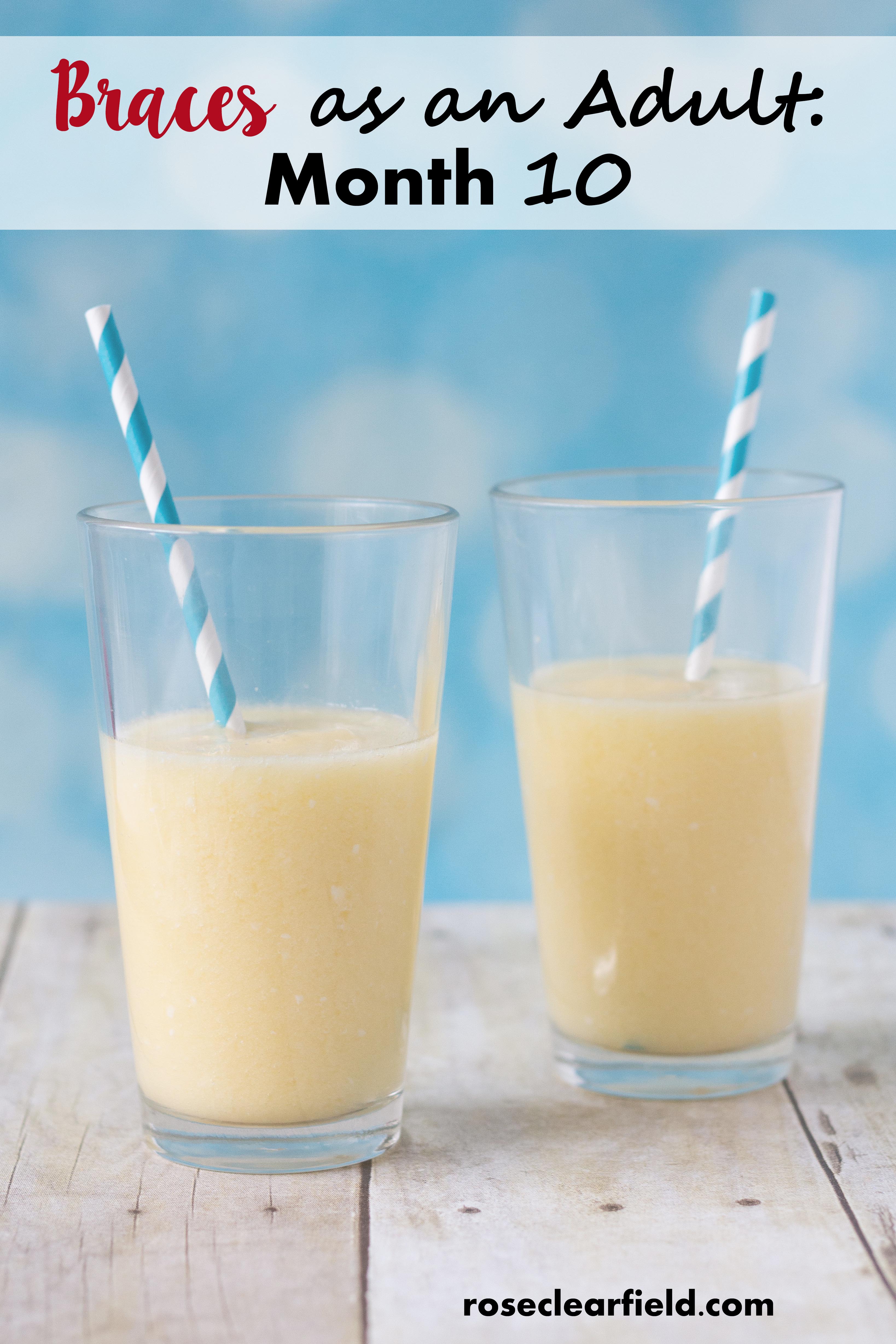 This past Monday marks 10 months with braces. (As always, it’s not like I’m counting or anything.) Reaching 10 months means that if things keep moving on track (which it seems like they have been thus far), I’m in the downward slope. More than halfway! It’s so exciting to think that by this time next year, my braces will (hopefully!) be off.

When I wrote my initial post after my first month with braces, I said that I would put together a handful of posts about my journey with braces as an adult. I’m not sharing monthly updates, extensive details about exactly what I’m getting fixed, or lots of before/after photos. But I am putting together updates every three months or so, discussing what this process is really like as an adult.

In my first post, I talked about why I need braces and why I decided to get braces this past year after putting it off since HS. I finally took the plunge because I need a night guard for teeth grinding/clenching and can’t imagine wearing one with the way my teeth fit before braces. I’m also finally at a point in my life where finances, time, and general life circumstances (i.e. not planning to move in the foreseeable future) allow for braces, so I went for it.

Those of you who have been following my journey for a while now may remember me talking about how I was in a funk with this process in my month 7 update. It had been months since I’d had a real adjustment. During that time, I had an appointment involving an hour+ roundtrip of travel time and no adjustment, which just felt like a big waste. In this time period, no one was taking the time to tell me how things were going.

Since then, I’ve had two more adjustments. The first one was minor, just switching out the front hardware to keep closing my gaps. The second one was major, the biggest one I’ve had pretty much since the beginning. They switched out my top and bottom wires and redid all of the front hardware. I got to brush and floss my bottom teeth with no wire for the first time since getting braces. I was amazed how much my bottom teeth have spread out because it doesn’t feel like much (if I’m being 100% honest, anything) has happened with my bottom teeth. So that was encouraging.

It was an awful adjustment, long (about 40 minutes) and painful. The technician outright lied to me halfway through, saying that the worst pain was over. That’s what I get for complaining about a lack of adjustments in previous months, I guess. But I’ve seen so much progress since then. I feel like there’s finally significant gap closure, and my teeth fit together so much better. 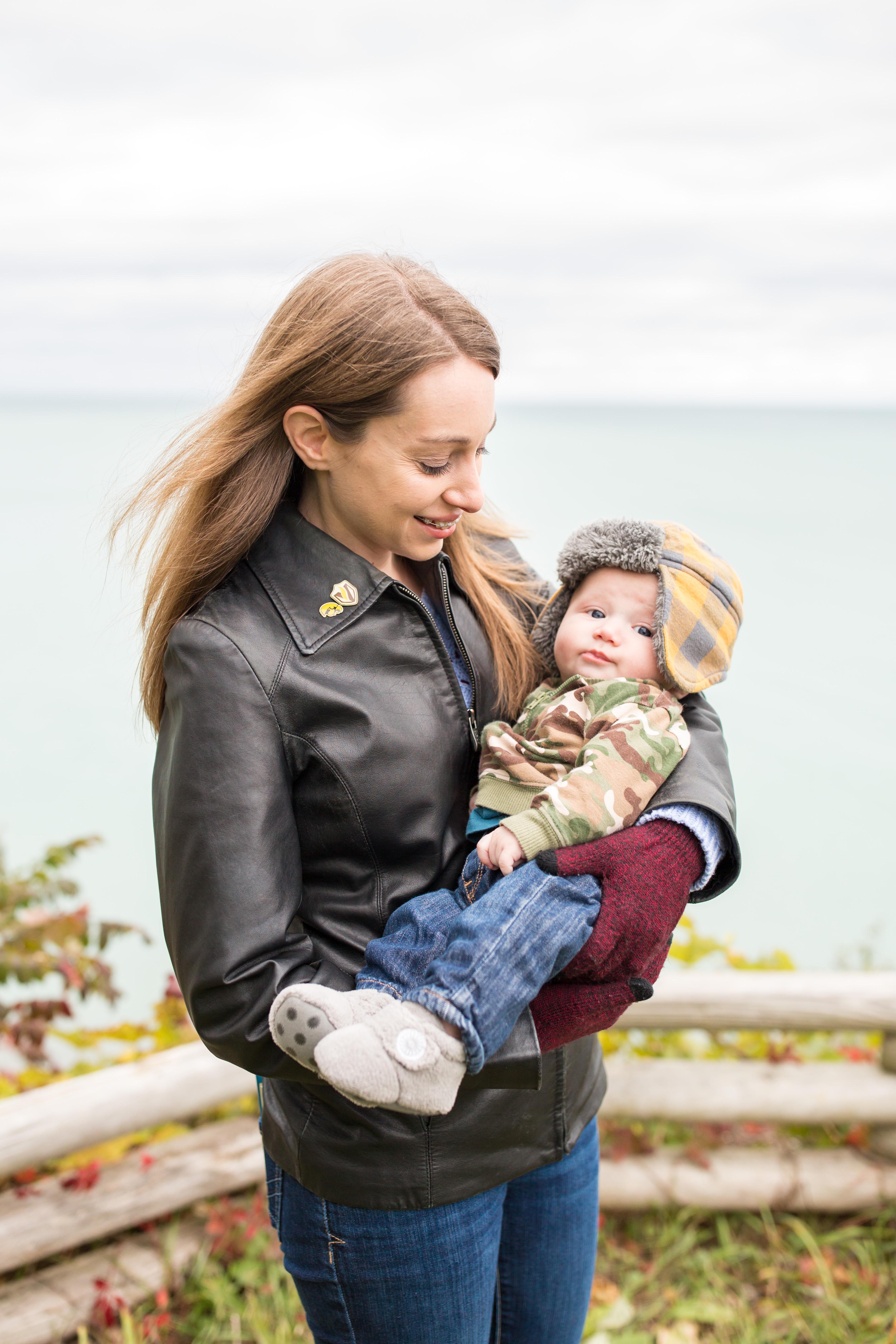 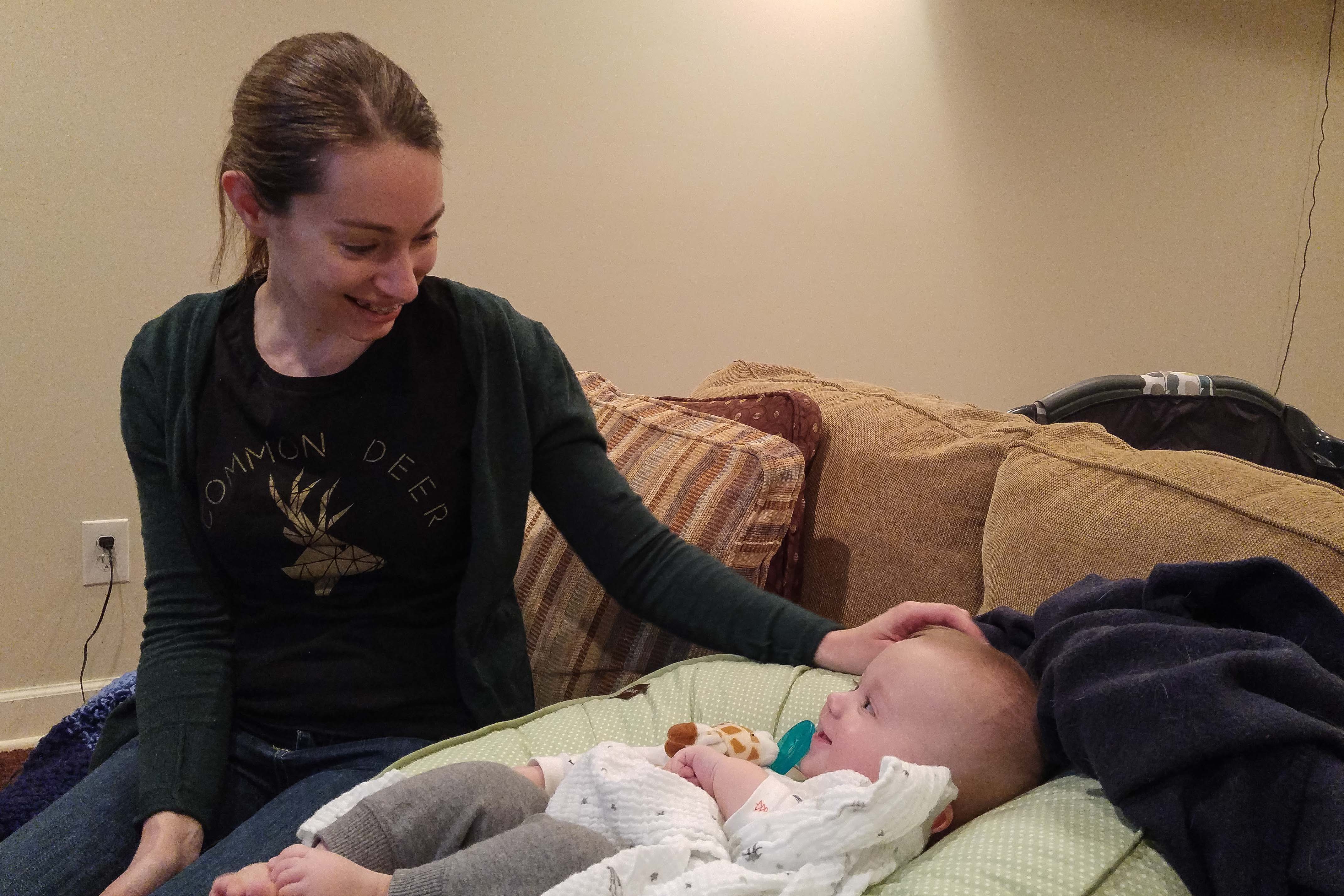 I still have creepy gaps in my smile in the places where I had teeth pulled.

The above recent pictures of me illustrate what I mean about the creepy gaps. People don’t comment about it to me or anything, but I’m still self-conscious about it. As I mentioned previously, the gaps are closing. It’s been gradual, as I had the two teeth pulled in mid-March, and these pictures are from October and December respectively. And unfortunately, the biggest gaping is right around my four front teeth (the teeth pulled were actually back one more space), so it’s pretty noticeable right now. I’m anxious to get those gaps closed fully, but I know that it’s still going to be a while.

Aside from a temporary major setback after my last adjustment, eating continues to get better.

After the last adjustment, which was major, I had a big temporary setback with what I could eat for about a week. It wasn’t quite back to square one, but it was back to square two maybe ha. I wasn’t prepared for that. As such, I would have planned my meals a little better that week. (Also, when they tell you that you might want to take Ibuprofen when you get home following an adjustment, be prepared to take it like clockwork for several days.)

The past few months, I’ve been eating the following food in moderation: cashews, peanuts, granola bars, cereal, popcorn, kettle chips, and tortilla chips. I pushed it over the holidays with a batch of saltine chocolate toffee. I made it for a get together without even thinking about the braces factor. I’ve managed a few pieces, but eating something that sticky more often would be a bad idea.

I’m still avoiding raw carrots and celery, whole apples (cut up apples are fine), pretzels, caramel corn, and other sticky foods (i.e. dried fruit). Aside from the week following my last adjustment, I’ve been able to eat what I would normally eat without cutting it up any more than normal.

I’m scheduled for an adjustment this afternoon. That means I’ll most likely have two more adjustments before I write my next update. Writing braces updates every three months has worked out well. I’ll most likely be writing the next one sometime in mid-April.

Before and after comparison!

What to Eat With Braces [Includes a FREE Printable!]